The latest Monday night RAW held on 12/7/20 at WWE ThunderDome. Go ahead and read the post on WWE RAW match results and full highlights to know what all happened on the show.

Top 4 Moments Of The WWE RAW

We have jotted down the top moments of RAW below. WWE RAW match results and other important announcements you can find here.

1. Randy Orton vs. Bray Wyatt was the main event of the show. The match ended up in disqualification.

2. The Fiend emerges from the darkness to give Randy Orton a thrilling experience.

3. Jeff Hardy had a 2-on-3 handicap match against AJ Styles, The Miz, and Morison.

4. Bobby Lashley overpowered Jeff, but the match was rewarded to Jeff Hardy at the end.

The show began with Randy Orton inside the ring. He mentioned he does not need a mask-like The Fiend for staring the evil in the eye. Orton said he would be going to the Firefly Fun House later on the show to check he can go for his secret lair or not.

On the Titantron, The Fiend came, and he began a mock game show in which the characters of the Funhouse will vote how The Fiend will punish Randy at TLC. Soon there was tension in the arena. Randy challenged The Fiend for a match tonight, to which he agreed.

In the latest edition of RAW, there were 7 fights on the card. WWE RAW match results and details you can find here.

Before the match kicked off, Nia and Baszler were planning to attack Lana as she defied them. Baszler looked for an early submission in the game, and soon match was moved to the mat. 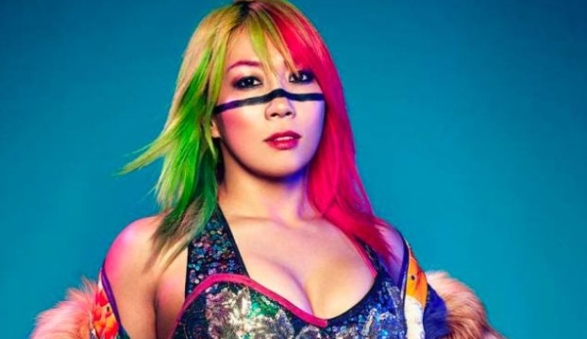 Outside the ring, Baszler attacked Asuka and sent her to the commentator’s desk. Asuka hits with a German Suplex. Nia moved out Lana, and this distracted Asuka.

Lana moved Nia to the steel steps, and soon Shayna came after her. Asuka rolled up Shayna from behind and wins the match.

Result: Asuka is the Winner.

Dana Brooke and Ricochet vs. Slapjack and Reckoning

In the last few weeks, Dana Brooke and Ricochet had faced extreme anger of the Retribution. Both opted to team up and have a Mixed Tag Team Match. Reckoning had benefits early on, and soon Ricochet came and hit with dive outside. 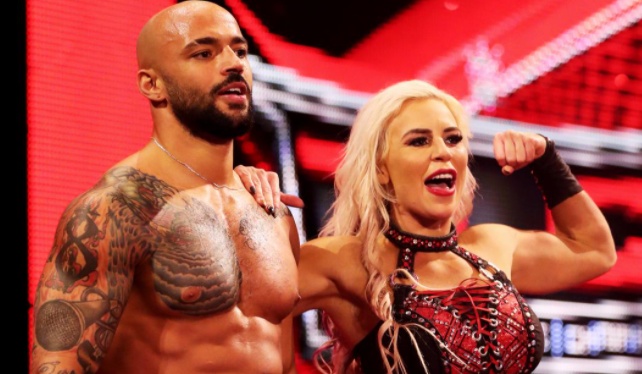 Dana returned and received a pinfall off the Sit out slam, and this made Ricochet and Dana quickly win the match. After the game, Mustafa Ali told how disgusted he feels about the Retribution members after being unsuccessful in keeping the movement grow.

Result: Dana Brooke and Ricochet are the winners.

Kingston took some massive hits. After dodging a charge outside the ring, Kingston regained the match control and allowed Shelton to move outside. 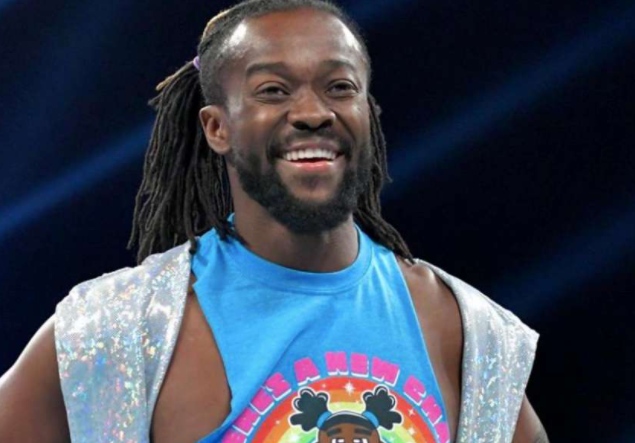 Benjamin soon moved back to ring and headed right into a Trouble in Paradise before Kingston received the pin. Kofi Kingston picks up the win by defeating Shelton.

Cedric Alexander throws a challenge on Kofi to have another fight with him, to which Kofi said yes. 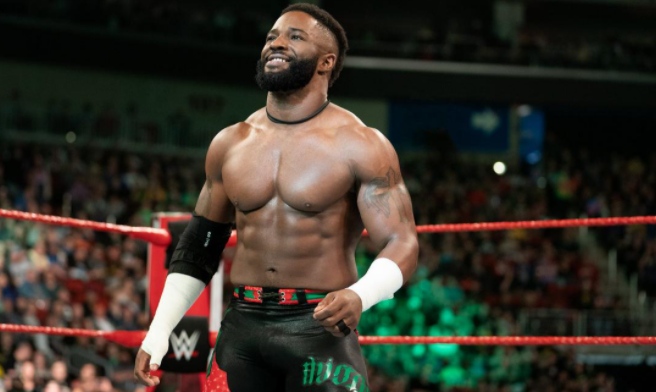 Cedric hit the injured leg of Kofi and went for locking in a submission inside the ring. After this, Kofi rolled up Cedric and then went for the SOS but unfortunately, his injured leg stopped him from doing so. Cedric hits with a Lumbar Check and picks up a sudden victory in the match.

Result: Cedric Alexander is the winner.

The Miz and Morrison and AJ Styles vs. Sheamus and Drew McIntyre

Miz and Morison, along with AJ, expected a few advantages to execute their plan of taking Drew McIntyre’s title. Drew McIntyre once again teamed up with his friend Sheamus. 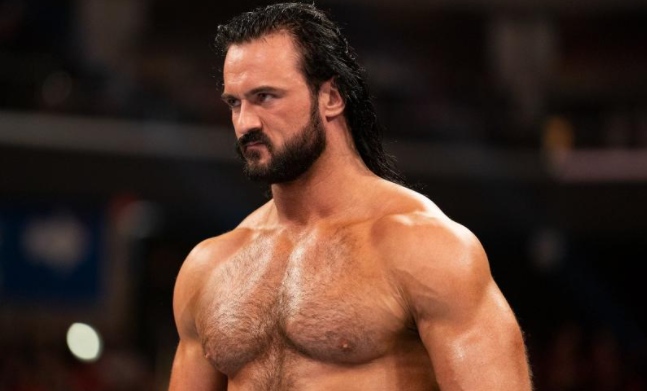 As the match continued, AJ went for hitting the finisher, and Sheamus reversed it to the White Noise. AJ got stuck in an Irish Curse Backbreaker and accidentally hit McIntyre with a Brogue Kick. AJ hits with the Phenomenal Forearm and then pinned Sheamus to win the match.

Result: The Miz and Morrison, and AJ Styles are the winners.

Bobby dominated the match in the beginning. MVP was yelling and giving orders to Lashley from the ringside. Before MVP could run a distraction, Matt Riddle moved him away. 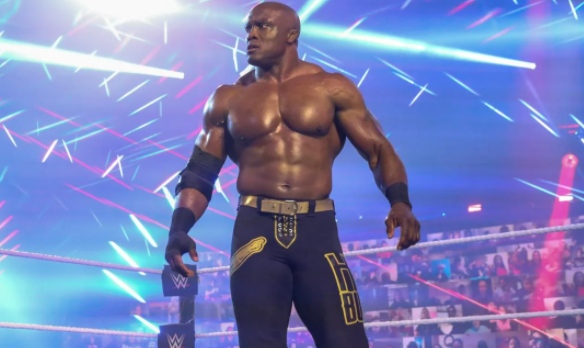 Jeff Hardy hits a Whisper in the Wind, but it turned out to end in a near fall. Hardy moved out of a flatliner and hits a Twist of Fate and Lashley had a spear. Hardy got stuck in the Hurt Lock; Riddle came inside the ring to help Jeff. Jeff Hardy defeated Bobby Lashley.

Result: Jeff Hardy is the winner.

The Fiend seemed to be very cheerful. Orton was seeking to be overpoweret d. When the match was about to end, Orton hit with the next Sister Abigail and went for hitting the draping DDT. 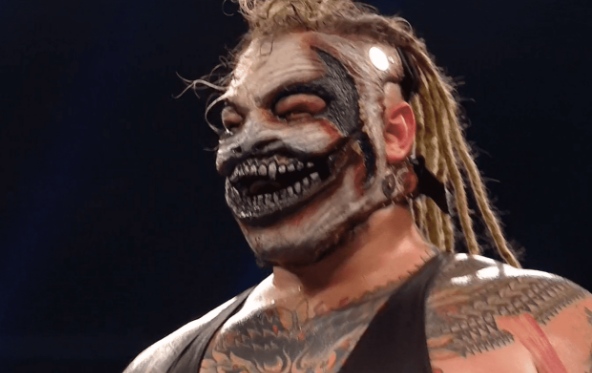 In the arena, lights began to flicker, but Orton successfully hits Wyatt with an RKO. When red lights were on, the Fiend was seen nowhere. Orton hits Bray with a Mandible Claw, thereby finishing him off. The match ended up in disqualification.

Asuka might get attacked by Shayna Baszler and Nia Jax

On today’s show, Asuka won the match against Shayna Baszler. In the game, a powerbomb by Nia Jax was reversed by Lana. Straight since three weeks Lana and Asuka have received the better of Nia and Baszler.

As we are heading for TLC, it will be exciting to see the plans of WWE for this storyline. We think in the next episode, Nia and Shayna might look for revenge and attack Asuka.

On WWE RAW 30th Nov 2020, Ricochet lost the match against Slapjack. In today’s episode, Dana and Ricochet defeated Reckoning and Slapjack. We think in the next episode, Ricochet might get to face Slapjack for one more singles match. If it happens, chances are Ricochet might defeat Slapjack.

For WWE TLC, Bobby Lashley vs. Matt Riddle matt gets the confirmation

We think in the next show of RAW, WWE might confirm Bobby Lashley vs. Matt Riddle for TLC. This might be officially announced for WWE United States Championship.

The match card some of the most memorable fights tonight. In the last minutes of the show, we had a great match between the Fiend and Randy Orton.

And that’s pretty much it from this week’s Monday Night RAW held on 7th Dec 2020. In the comment section below, let us know about your favorite moments of the show.