Quickly go through the video on WWE RAW 4th Jan 2021 full show highlights and winner if you do not wish to read the post.

Before we begin with the WWE RAW 4th Jan 2021 full show highlights, let’s first know the show’s top three moments. Here we have listed moments from legends night which you must know.

The show’s main event was Drew McIntyre vs. Keith Lee, and it was a fantastic title match. There was a quick skit by Hulk Hogan at RAW backstage. RAW legends night kicked off right after the skit.

Let’s check out what happened on this week’s Monday Night RAW. This RAW episode was entirely focused on Legends night.

Miz and Morrison vs. The New Day

At the beginning of the match, The New Day had few benefits. Inside the ring, Morrison and Xavier Woods were also present. Miz got the tag. Miz and Morrison isolated Kofi Kingston; Kofi soon managed to tag in Xavier. 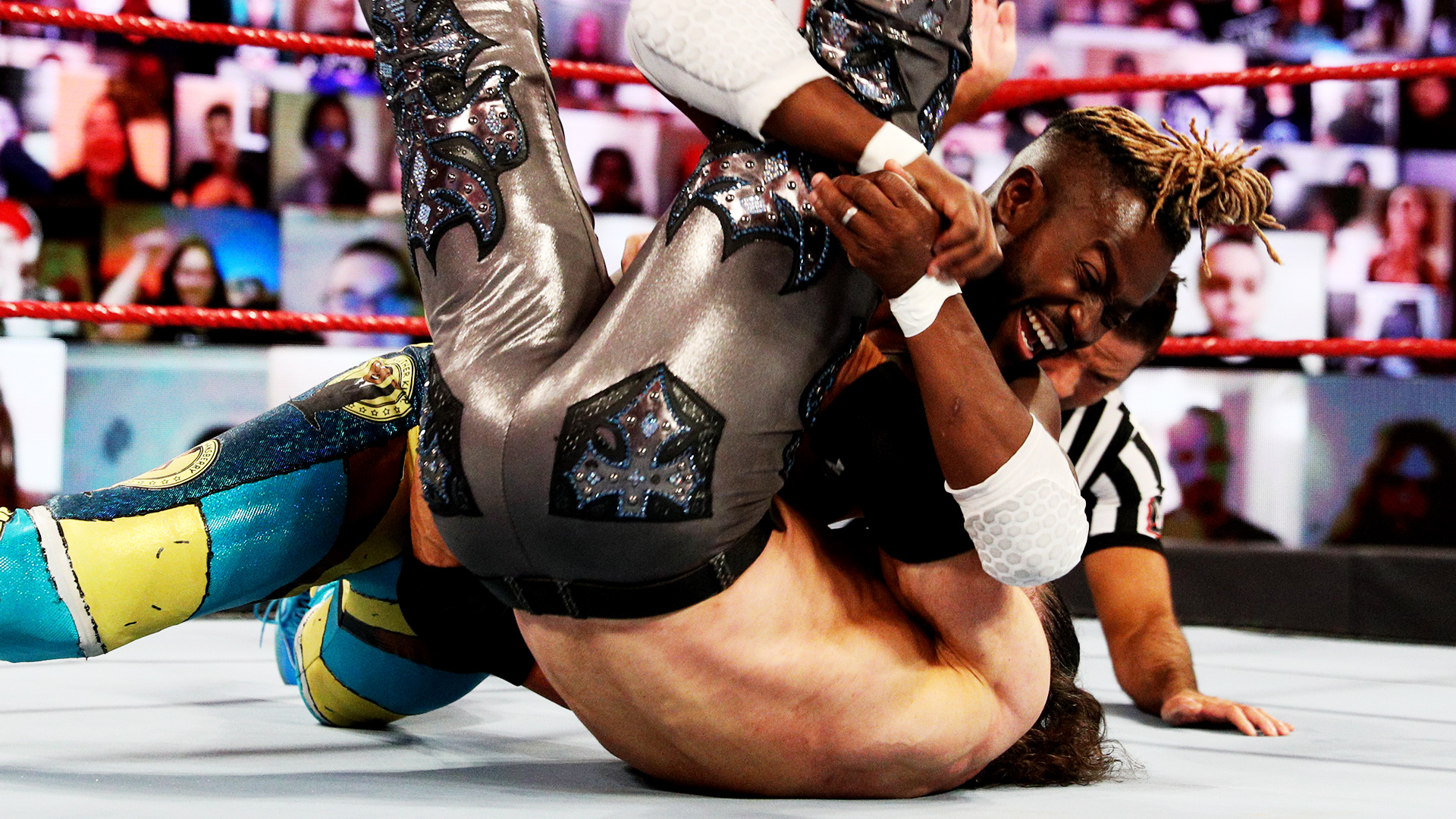 Woods moved Miz through the ropes, and he got almost pinned by Morrison. Xavier picked up the victory by going for a Shinning Wizard. 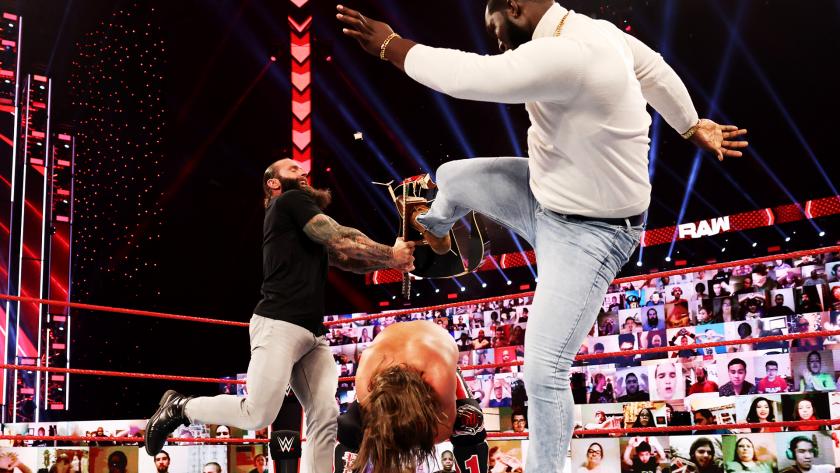 Elias received a near fall on Styles by hitting with a chokeslam. Styles looked for hitting a Phenomenal Forearm; he received a knee and hit Elias with a brainbuster. For having the three count, Styles got the Styles Clash. AJ Styles wins the match. After the game, Ryker went to hit AJ with a guitar. Amos showed up, and he smashed the guitar with a kick.

Asuka and Charlotte Flair vs. Peyton Royce and Lacey Evans

Lacey and Flair were present inside the ring. Peyton got the tag in, and she managed to get hold of Flair. Flair regained the strength and went for tagging Asuka. Asuka came and hit with a dropkick to Peyton. She moved out, Lacey.

Flair and Lacey moved to the ringside, and then Lacey went after Ric. Flair and Lacey got the tag, and Flair hits with the chops. Peyton returned, and she took a moonsault. Ric and Lacey faced an exchange, and Ric accidentally made Flair lose the match as Peyton rolled her up for winning the game. Flair and Asuka got defeated by Lacey and Peyton.

Before the bell rang, Matt went to attack Bobby and got the upper hand in the beginning. Bobby took control of the match by hitting with a clothesline.

Lashley went for locking in the hurt lock. The referee missed seeing Matt tapping out as he got almost hit by Lashley. Lashley was involved in an argument with the referee. Riddle used the opportunity and won the match by rolling him up.

The match began, and Shayna got tossed out soon. She was back in action and went for the Khirifuda Clutch inside the ring. Dana successfully rolled up Baszler and wins the match. 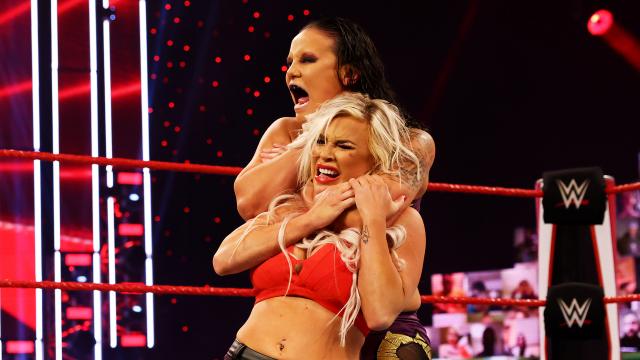 Shayna refused to let go of the hold. Mandy moved out Shayna by hitting with a knee strike. Dana and Mandy hit a massive double team move for wiping out Baszler.

Randy Orton kicked off the match and hit a jab to the eye of Jeff. Randy tossed out Jeff and moved him to the commentator’s desk. Jeff hits with a Twist of Fate, and Hardy and Orton dropped out of the ring from the rope’s top. For hurting Jeff, Randy used the piercing of Jeff. 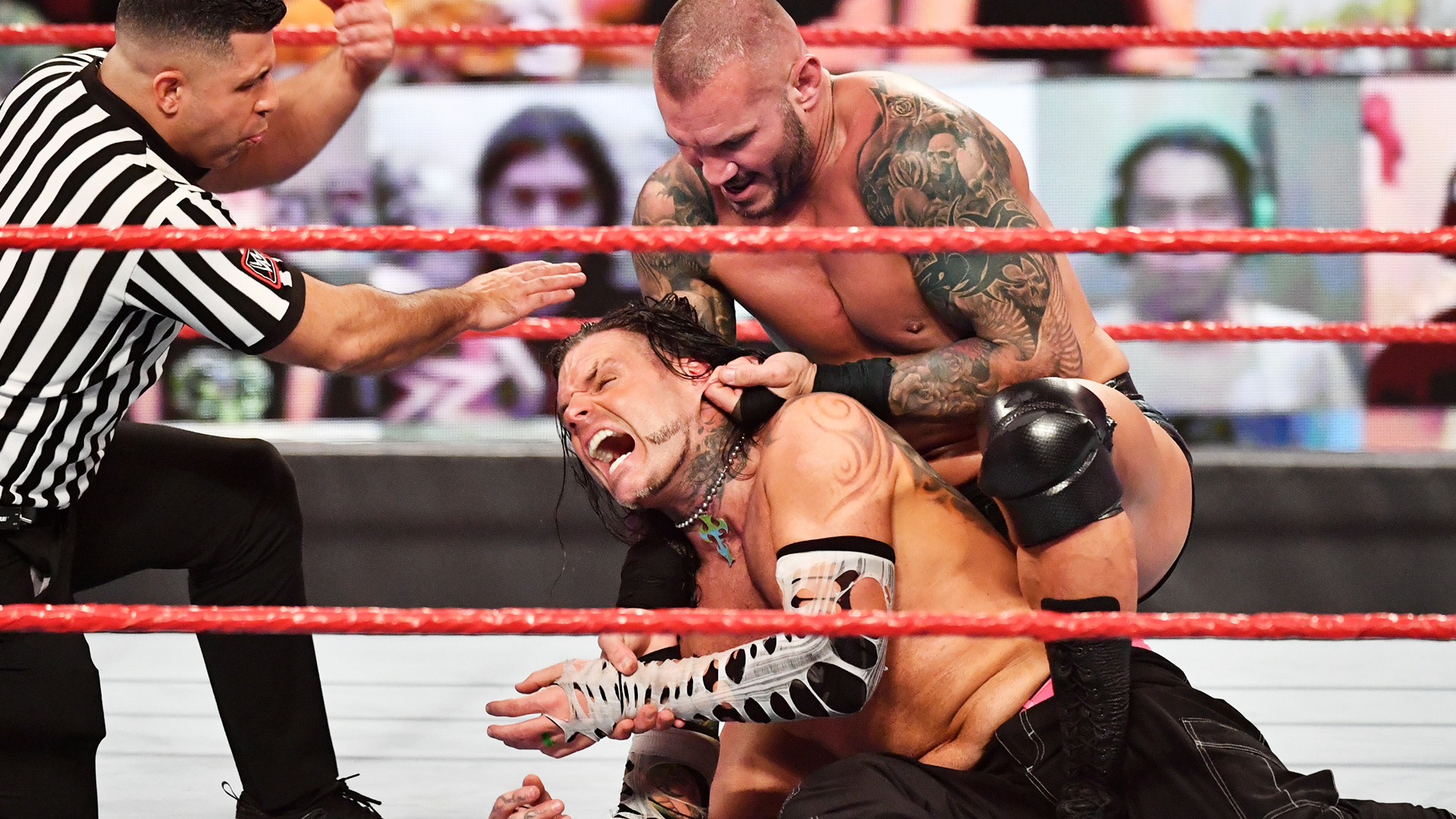 Hardy showed back and hit with a combination of inverted atomic drop jawbreaker and then hits with a Whisper in the Wind. Randy hits with draping DDT and RKO to win the match.

The Hurt Business vs. The Lucha House Party

The Hurt Business had control of the match. Soon Gran Metalik and Benjamin showed up.

Gran received a powerbomb. Cedric and Shelton made forceful tags on each other, and there was a brawl between the two. This gave Lince Dorado take the victory by going for a roll-up. The Lucha House Party wins the match at the end.

To watch the match, legends showed up on the ramp. Drew had benefits in the beginning. Keith Lee moved McIntyre through the barricades. 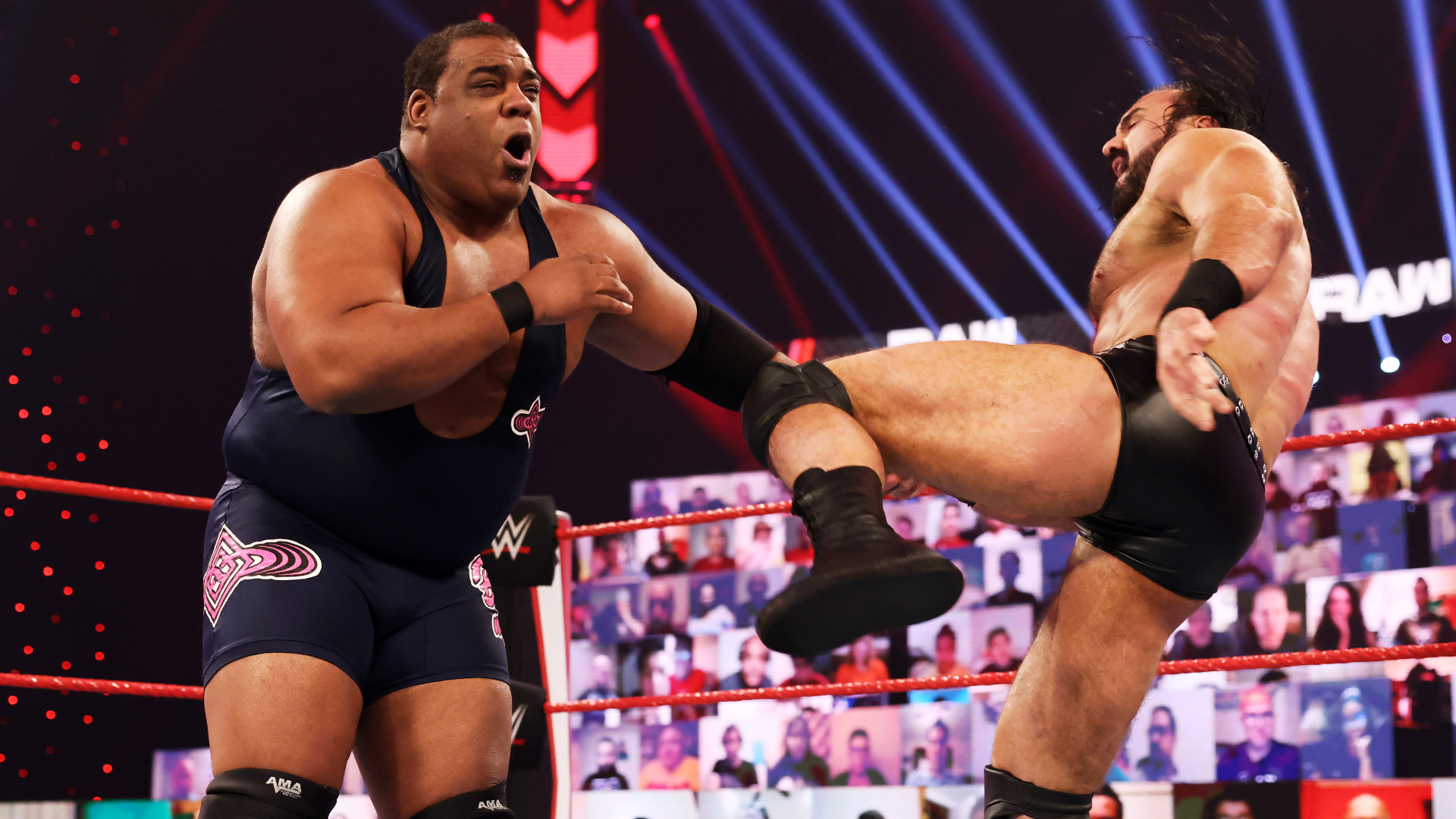 Drew faced a difficult time as Keith Lee had a near fall. McIntyre hits with a big belly to belly suplex. Lee had one more near fall, and Drew hits with a powerbomb. McIntyre then hit with a Futureshock DDT and had a near fall on Keith Lee. Drew stopped a spirit bomb, and then Keith Lee dodged one Claymore. He failed to escape the second Claymore and allowed Drew to win the match.

1.The match card might have Lacey Evans vs. Charlotte Flair.

In today’s episode, we saw Asuka and Flair got defeated by Lacey and Peyton. Seeing what happened between Charlotte, Lacey, and Ric on this episode, we think WWE might plan for Lacey vs. Flair on WWE RAW 11th Jan 2021. Our prediction says if the match happens for real, Charlotte has a very high probability of winning the game.

2.Shayna Baszler and Dana Brooke might have a rematch.

Dana Brooke defeated Shayna Baszler today. We think the next Monday night, RAW, Shayna, and Dana may face each other again in a rematch. If there is a rematch, we think Shayna might win the match. We can say this because WWE might strengthen Shayna Baszler as Royal Rumble 2021 is not so far.

3.The Fiend might show up in the upcoming episode of RAW.

Randy Orton announced for the men’s Royal Rumble match today. We think Orton and Bray Wyatt are not yet done and might see each other at Royal Rumble 2021. The Fiend might make his appearance soon, maybe in the next episode of RAW itself.

What a fantastic start of 2021 it was with RAW legends night.

So this is all about RAW’s new episode. We hope you liked reading the post. Keep visiting us to stay updated with highlights of the latest events of wrestling.