If you don’t have time to read the post, you can watch this quick video on WWE RAW 30th Nov 2020 highlights and results-

Here we have mentioned the top 5 best moments from the latest episode of RAW held on 11/30/20.

The WWE RAW episode began with A Moment of Bliss, and we had Randy Orton as the guest. Alexa showed up and asked Randy about Bray Wyatt. Randy responded to this by saying he just had the figure out who us the weakness of The Fiend while hinting at Alexa Bliss.

Bliss came and asked Randy ‘who was manipulating who’ and soon, one by one, lights went off on the red brand. When the lights were on-again, Randy was holding Alexa and handed her to The Fiend.

On the match card, there were 7 fights. Get information on all the fights and results here in the WWE RAW 30th Nov 2020 match highlights and winners.

Jeff Hardy vs. Elias: A symphony of destruction match

Jeff Hardy vs. Elias kicked off, and both the superstars crushed many musical instruments like violin, drums, guitars in their Symphony of Destruction match. 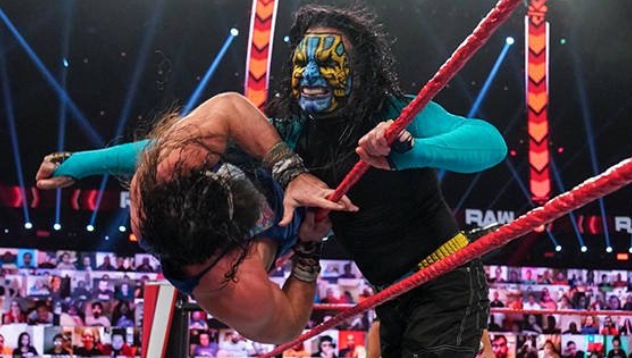 Hardy went airborne after the interlude and expected to move out his rival. Jeff went for the skies for the last time and hits a Swanton Bomb via instrument table, marking the final note and wins the match. 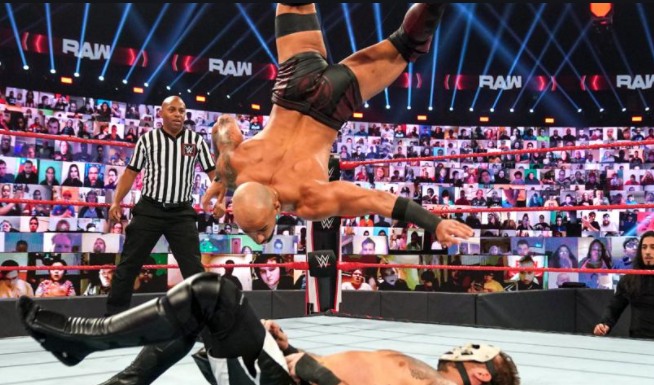 Dana Brooke came as an addition to the chaos, and she confronted the leader of the Retribution. Ricochet moved out T-Bar and Mace too from the ringside. Too much distraction gave a chance to Slapjack to get hold of Ricochet and earn the victory.

Result: Slapjack is the winner.

Nia Jax and Shayna Baszler vs. Lana and Asuka

It was a non-title match. Lana faced some offense before Nia was tagged in the game. Asuka and Lana were moved into the barricades by them. Asuka and Baszler received the tags; both knocked out each other with the massive kicks. 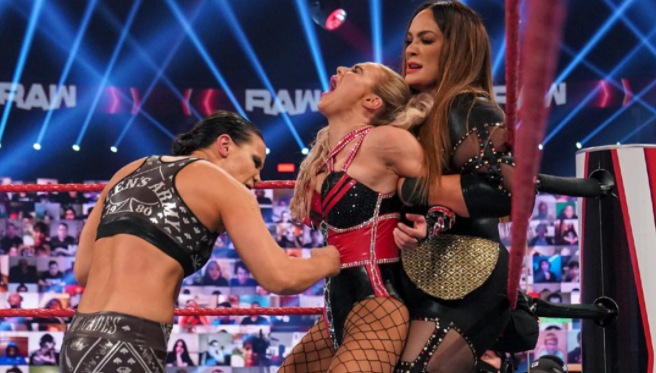 Lana got stuck in a Khirifuda Clutch. Asuka kicked Shayna on her head, and in the end, the match was rewarded to Asuka and Lana.

Result: Asuka and Lana are the winners.

The match began with Woods having control of the game. Cedric went for a suplex off the counter and received a near fall. 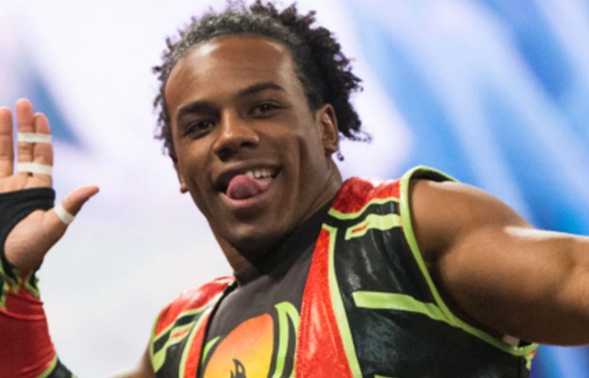 Cedric went for a massive dive, but Xavier successfully sidestepped. Alexander showed up after hitting a dive with a Lumbar Check and wins the match.

Result: Cedric Alexander is the winner.

Riddle, Keith Lee, and AJ Styles showed up. Lee dominated the match initially and took down both the opponents. Matt hits Keith and Styles with a floating bro.

Riddle began to dominate the game and received a near fall on Keith. AJ moved down Keith and Riddle. Styles hits the Phenomenal Forearm on Riddle and becomes the winner of the match.

It was Dana Brooke vs. Reckoning next. Reckoning’s recent attack made her sidelined for the Survivor Series. Dana Brooke came to RAW seeking some payback. 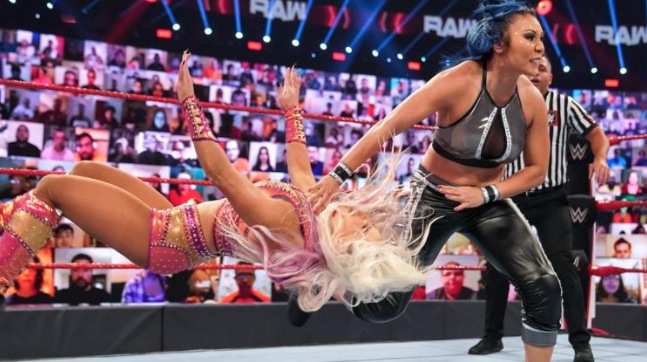 Earlier in the night, Brooke had already confronted Mustafa Ali. Fueled by aggression, Dana marks her victory in the match quickly.

Result: Dana Brooke is the winner.

The Miz and Jhon Morison vs. Drew McIntyre and Sheamus

It was the last match of the night. For this match, AJ Styles was in the commentary. McIntyre tagged himself in the game, and John was the legal man when the champion attempted for the double team move along with Sheamus. 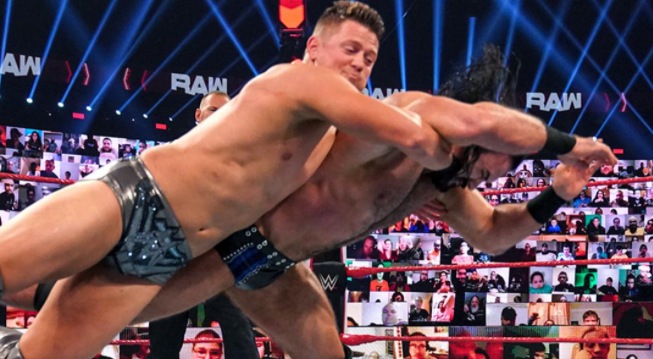 Sheamus asked AJ to come and join them inside the ring. As AJ got it, there was a distraction; Miz and Morrison utilized the opportunity to move Sheamus outside. AJ showed up to hit Drew with Phenomenal Forearm, and the match ended up in disqualification.

We think WWE might announce it officially for TLC that Lana and Asuka will be facing Nia Jax and Shayna Baszler for the Women’s Tag Team Championship match. We can say this by considering the recent two victories of Asuka and Lana over Baszler and Nia.

Thinking Orton is going to hurt Alexa Bliss, The Fiend showed some vulnerability today. At some point in WWE RAW 7th Dec 2020 show, we guess Bray Wyatt might look for attacking Randy Orton and take revenge. WWE might also tease Bray Wyatt vs. Randy Orton for the TLC.

A fantastic episode of RAW it was. There were few big matches on the card tonight.

This is all from RAW 30th Nov 2020. Let us know how your experience was watching the big matches on the show in the comment section. We will be posting on TLC match cards, venue, and predictions soon.