The Show began with Drew McIntyre. As a guest of the night, we had Randy Orton.

Read about the full match details of this week’s RAW episode here.

Hardy began to dominate the match as the bell rang and went for hitting a top rope dive. Jeff got stuck as AJ’s bodyguard was standing outside. The referee ignored the interference, and after the exchange, AJ receives the upper hand.

Styles was moved outside via a sequence of the atomic drop, leg drop, and dropkick by Jeff. Hardy received a near fall and moved away Styles at the rope’s top. AJ slipped, and he dropped Hardy on to the buckles.

Hardy sought to hit Whisper in the Wind, but there was a distraction that did not let it happen. Jeff was moved out before AJ went for the Phenomenal Forearm and punched his Survivor Series ticket.

Result: AJ Styles is the winner of the Qualifying match. He will now be part of the Survivor Series team of RAW.

2. Akira Tozawa and Drew Gulak vs. The Lucha House Party

At the beginning of the match, Akira and Drew were in control. Lince hits Drew with a facebuster. Lince and Drew both were trying to stand on their feet again. In the background, the music of R-Truth began to play. The 24/7 champion came rushing towards the ring, and he escaped many of the pinfalls from all of the competitors. 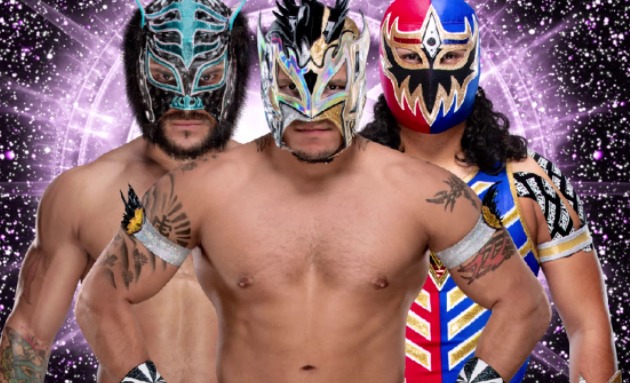 Tozawa got hit with a superkick by Dorado. Drew broke the pin and proceeded to get a pin. Lince showed up for stealing the victory before R-Truth attempted for a couple of pins and escaped backstage.

Elias was looking forward to a song after he said he is now done with Jeff Hardy as he took revenge from him by hitting him. His music was interrupted by Lee, and shortly after that match kicked off. 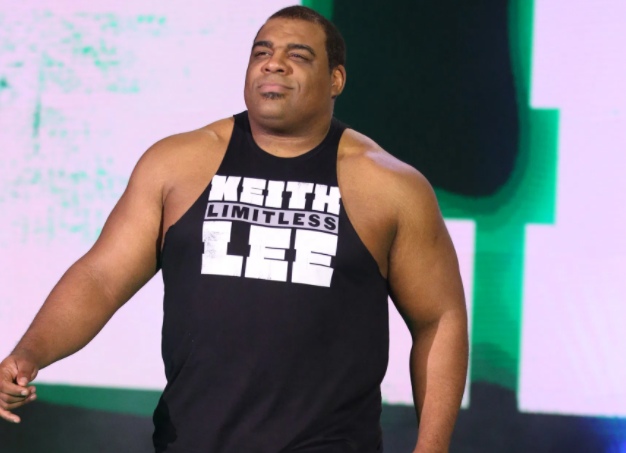 Elias was moved out as he got hit with a massive dive by Keith Lee. Keith went for the Spirit Bomb; it was countered with a hurricanrana by Elias. Elias then hits Keith with a knee to the jaw. Keith Lee was dragged into the ring post. Inside the ring, Elias receives two counts via a diving axe handle. A Drift Away made Keith got dropped, but he managed to kick out.

Elias went on the top of the rope, and he was looking forward to ending the match. Soon the music of Jeff Hardy hit, and Elias got distracted listening to it. For winning the game, Keith Lee hits with the Spirit Bomb.

Result: Keith Lee is the winner of the Qualifying match. He will now be part of the RAW Survivor Series team.

4. The Retribution vs. The Hurt Business: An Elimination Tag Match

T-Bar and Lashley started the match, and T-bar successfully got some hits in after receiving offense by the US Champion. Lashley went for hitting a Flatliner and then tagged in MVP. T-Bar got in stuck as MVP caught him. 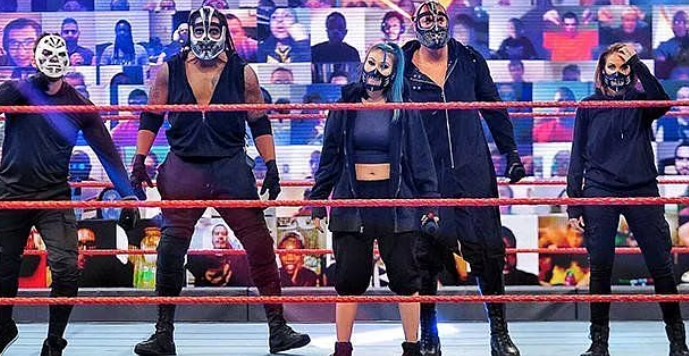 With Retribution, Mia Yim was present at the ringside. By acting crazily, she entered the ring. In confusion, the MVP got the elimination.

Yim was sent out of the ring as she was faking all this while. Bobby hits with a spear, and Slapjack got the elimination. T-Bar came, and then the fight was shifted out of the ring. T-Bar and Lashley eliminated each other with the double count-out.

Alexander and Mace were legal now, and Alexander was facing a difficult time.

Shelton was tagged in, and for eliminating Mace, he hits with the Pay Dirt. Ali was the one remaining as Shelton and Alexander moved him to the corner. Ali hits with a dropkick, but he was moved outside.

For hitting Cedric, Ali brought in a steel chair, and following this; his team gets DQ. Ali escaped as MVP, Lashley and Benjamin cornered him.

5. The Miz vs. Drew McIntyre

At the beginning of the match, Morrison ran a distraction. Drew was still under the impact of the previous night’s fall when he beat Miz and limped a bit. Outside, Miz moved Drew towards the barricades and receives a near fall. 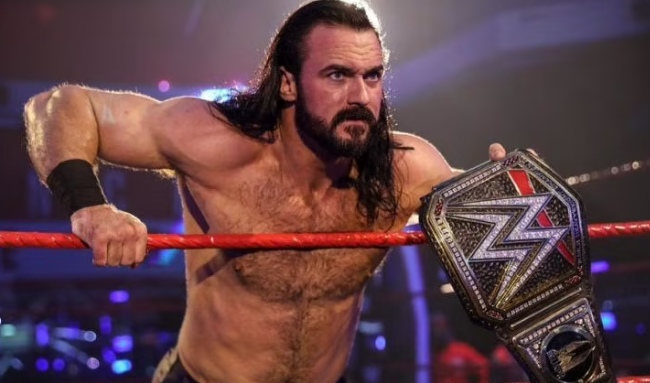 Morrison got a cheap shot from ringside, and Miz went for hitting the injured knee of Drew. McIntyre soon regained the strength and began to toss Miz. Drew was looking to hit Futureshock but missed it. Morrison came to Drew, and he had the Money in the Bank briefcase with him.

McIntyre moved out Morrison and returned to the ring for hitting Miz with a Claymore and earned the victory for himself.

6. Nikki Cross vs. Peyton Royce vs. Lacey Evans vs. Lana

Nikki and Peyton dominated the match in the starting. Lana was moved to the ring post as she ducked a roundhouse kick, which was from Peyton. Royce moved out Lacey Evans too. Nikki then moved out Royce and moved outside to hit Lacey Evans with a tornado DDT. 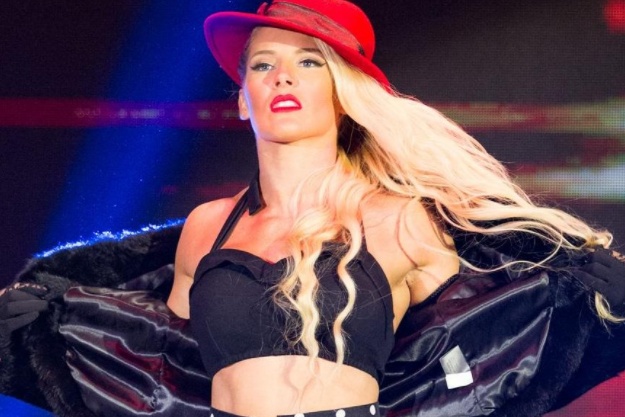 Peyton gets a near fall of Lacey. Royce hit with a top rope move and took down Lacey and Nikki both. Royce was dragged out of the ring by Lana. To win the match, Lana then pinned Nikki.

Result: Lana is the winner of the Qualifying match. She will now be part of the Survivor Series Women’s team of RAW.

Sheamus locked in a headlock, and Matt converted the lock into an armbar followed by a triangle, and both were locked in a sequence of submission. Sheamus had the control of the match back. Matt overpowered Sheamus by a Gutwrench Suplex. 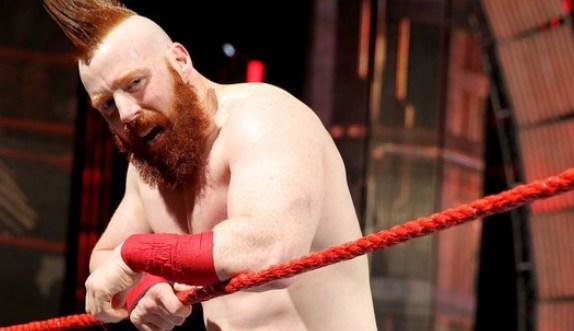 Sheamus first hits with the Irish Curse Backbreaker, followed by the chops at the chest. Matt looked for locking in an armbar, but he failed as ropes came in his way. From the middle rope, Matt hits a dive.

Matt has stuck in a backbreaker again. Riddle recovered from it and went for hitting a Broton, but he hit with a massive knee strike instead.

Sheamus then went for the Brogue kick and won the match.

Result: Sheamus is the Qualifying match-winner and will now join the RAW Survivor Series team.

1. We might get to see Jeff Hardy vs. Elias

In today’s episode, we saw Elias smashing a guitar on Hardy’s back. We think in the next episode, WWE might plan for a match between both. A fun match it will be if it happens for real. Our predictions say Elias might win the game if he faces Jeff Hardy in the upcoming episode of RAW.

It has more than few weeks since WWE fans have seen Asuka wrestle. We think in the next episode, WWE might plan a fight for Asuka, which possibly can be against Peyton Royce or Lacey Evans. The match, if happens, will give some momentum to Asuka as she is heading for her game against Sasha Banks at the Survivor Series.

3. Randy Orton and Drew McIntyre might get attacked by The Fiend.

After Hell in a Cell 2020, we had a great episode of RAW. We got to know a lot about what is likely to happen at WWE Survivor Series.

This is all we wanted to share about this week’s RAW episode. Do let us know how your experience was? How did you enjoy the show? Which match did you like the most? And what you think could happen in the next episode?

We would love to hear from you in the comment box below.