WWE’s RAW latest episode kicked off from WWE ThuderDome, Amway Center. We have covered all updates on WWE RAW 19th Oct highlights, results, and match details here along with the winner’s list.

WWE RAW Season Premiere began with Alexa Bliss. Alexa was introducing The Fiend while Bray was entering. Soon The Retribution came too. Mustafa Ali surrounded Alexa and Bray along with the other members of The Retribution. In the arena, lights began to flicker, and when the lights were on-again, Bray and Alexa had left.

Get the complete match details for the latest episode of RAW here.

1. The Retribution vs. The Hurt Business

The Retribution’s night was about to start, and soon The Hurt Business showed up to have an Eight-Man Tag Team Match. Bobby Lashley- US Champion, kicked off the match and was on fire right after the opening bell rang. Inside the ring, Bobby Lashley stream rolled T-Bar. Slapjack received the tag, and Bobby hits with the Stalling Suplex. Cedric was back inside the ring, Both isolated Slapjack, and then MVP was tagged in the match. The Hurt Business took control of the game. Mace ran a distraction at the ringside, and Ali began to dominate the game soon after he got tagged in. 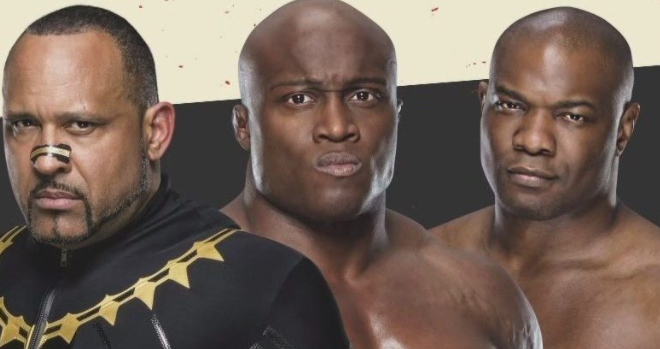 The Fiend appeared, and The Retribution and The Hurt Business reached a stalemate. Inside the ring, Shelton Benjamin took control of the match and tagged in Bobby. Lashley came and hit T-Bar with a Spear. T-Bar got locked in the Hurt Lock by Bobby Lashley.

Matt showed great strength at the beginning of the match, but Styles’s bodyguard outside the ring caught him. AJ took control of the game and soon got hit with an overhead kick by Riddles AJ was then cornered by Matt for a toss. Riddle attempted for Broton, but he was moving out by AJ via stomp. AJ went for hitting a Pele kick, and soon Riddle successfully hits him with a German Suplex. 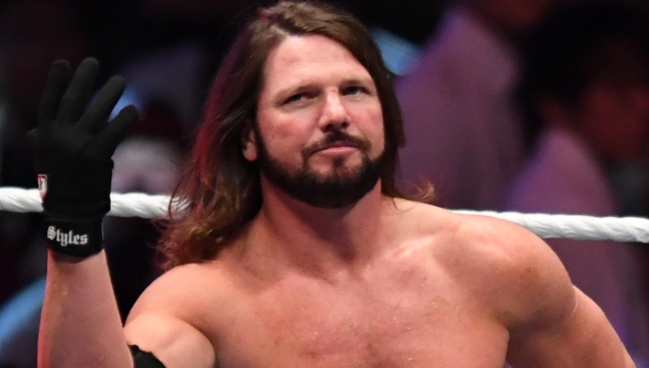 AJ got hit with another suplex. Both men went on the top of the rope, and soon there was a brawl between them. Styles bodyguard ran a distraction, and for Riddle, it proved to be costly.

AJ hits with the Styles Clash as soon as he recovered on Matt and won the match.

3. Lana vs. Asuka: A match for RAW Women’s Championship

The Ravishing Russian, it was a big task in front of her as she was facing Asuka: The RAW Women’s Champion. Lana showed that she was not afraid of Asuka and went after the champion by hitting her with a couple of kicks and strikes. Lana’s moves didn’t last for long as soon she was made to submit as she got caught in the Asuka Lock. 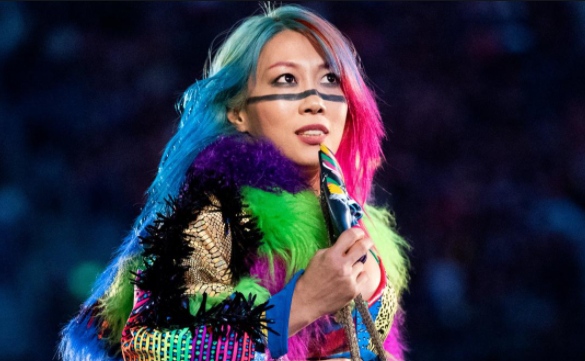 As the bell rang, Shayna Baszler and Nia Jax: WWE Women’s Tag Team Champions, arrived and they attacked The Empress of Tomorrow. Consecutively for the fifth week, Lana was drove through the announcer’s table by Nia. Asuka successfully managed to fight off Nia and Shayna and escaped from the ring before any further damage.

Result: Asuka is the winner, and she retained her RAW Women’s Championship.

4. The Riott Squad vs. Peyton Royce and Lacey Evans vs. Dana Brooke and Mandy Rose vs. Nia Jax and Shayna Baszler

After attacking The Empress of Tomorrow and The Ravishing Russian Nia, Jax and Shayna Baszler asked anyone daring enough to face them on the show. The challenge was accepted by Dana Brooke and Mandy Rose, Lacey Evans, and Peyton Royce, and The Riott Squad. 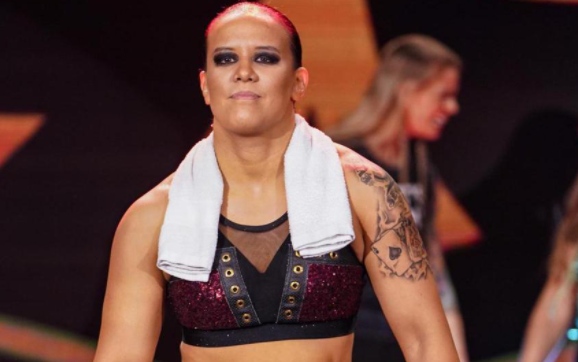 Dana and Shayna kicked off the match, and soon there was a brawl between all four teams. Soon it was realized that the game is not a title match. The Riott Squad hits all the teams with a massive dive as they had a brawl at the ringside.

Inside the ring, the Riott Squad was dominating the match, and Nia Jax showed up to hit with some huge moves. Ruby got hit by Evans with a Women’s Right. On Lacey, the Riott Squad initiated a double team move.

Shayna showed up and cleared the way, and Lacey got hit by Jax with a Samoan Drop inside the ring.

Sheamus displayed good strength at the beginning of the match. Kingston was moved outside by Sheamus before dropping Kofi on the apron. Sheamus attempted to hit the clothesline. Kingston was down, and we saw Big E in the virtual audience. Kofi went for hitting a massive double stomp. 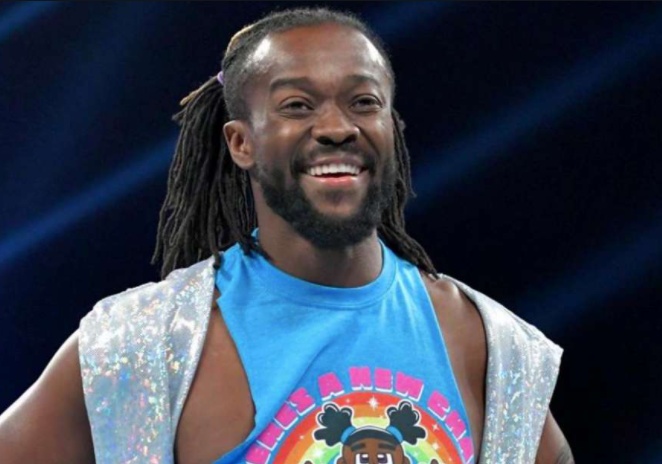 Kingston hit with a Boom Drop and looked towards Big E and then went for the pin, but soon Sheamus showed up and kicked out. Sheamus tried for Cloverleaf, but it got converted into a pin attempt by Kingston.

Kofi failed to hit with the finisher and had an Alabama Slam. Kofi and Sheamus moved to the top, and there Kingston hits with a huge move.

In the audience, we saw Mark Henry too. Kofi Kingston earned the victory for himself by hitting with a Trouble in Paradise.

6. Miz and Morrison vs. Heavy Machinery

Tucker and Morrison were spotted inside the ring as the match began. Tucker was isolated in the beginning, and on the other hand, heels were under control. Otis received the tag, and he moved down Miz. Otis also sent Morrison out from the ring. Before taking out Morrison, Otis hits a massive Hurricanrana to Miz from the second rope. 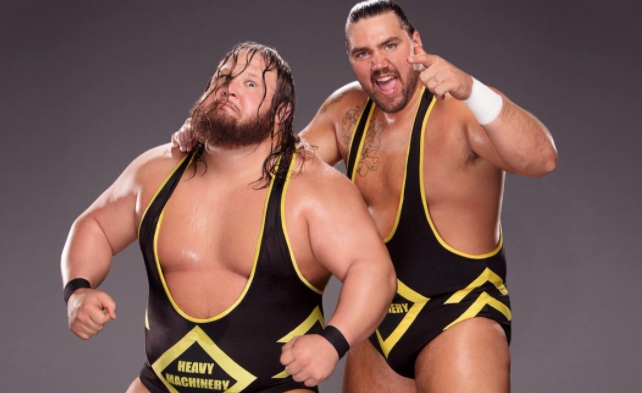 Miz was looking for hitting the Skull Crushing Finale. R-Truth showed up inside the ring with the 24/7 title. The Lucha House Party entered to support Otis, or it can be said El Gran Gordo, who hits Miz with Caterpillar followed by the Vader Bomb for winning the match.

Result: Heavy Machinery is the winner.

Keith got tossed out from the ring, and he entered back for attacking the ribs of Strowman. Braun’s ribs were already damaged by the Roman Reigns. In the audience, we saw JBL and Ric Flair. Keith was dominating the match, and he picked up Braun. 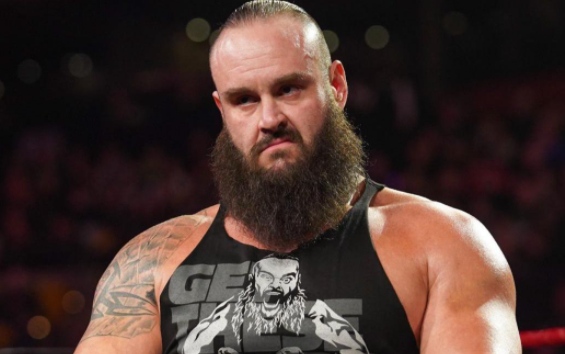 Strowman attempted to hit a low blow, but the referee missed it. Braun then moved up with a Big Boot and moved down Lee.

Top 3 Predictions For Next Episode of WWE RAW

Elias’s new album is set to be released on 26th Oct 2020, the same day the next episode of RAW will be live. We expect that there might be some celebration for the release. If it happens, Jeff Hardy might crash at the party as he did on this episode while Elias was performing.

2. A rematch of Keith Lee vs. Braun Strowman might be planned

In this episode of RAW, we have seen Strowman defeated Keith. When the match was over, Lee hits Braun with a low blow. The feud won’t be over soon. We think in the next episode of RAW, there might be a rematch of Keith Lee vs. Braun Strowman. If this happens, chances are Keith Lee might win the match.

On the latest episode of RAW, we saw Sheamus got defeated by Kofi Kingston. We think in the coming episode, we might get to see Xavier Woods vs. Sheamus. And if the match happens, Sheamus may win the game.

For WWE’s fans, there were lots of exciting matches in this episode of RAW.

This is all from WWE RAW 19th Oct 2020. We are excited about WWE Hell in a Cell as it will be live in a couple of days. Stay tuned with us for updates on WWE’s PPV, RAW, SmackDown, and NXT.