Three days after NXT TakeOver 31 kicked off, we had NXT’s recent episode. NXT Women’s Division had a new addition of Ember Moon and Toni Storm.

Tommaso began to walk towards the ring. Vic commented that for opening the show, Ember Moon was all set. William Regal announced this match as the opening match after what happened between Tommaso and Kushida backstage. 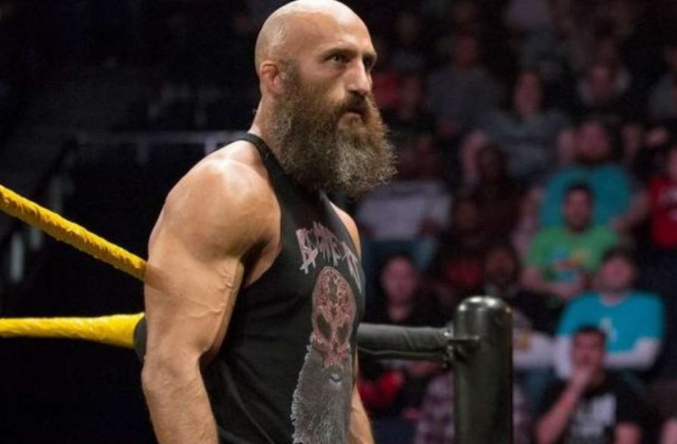 Kushida showed up, and both were ready to face each other as the bell rang. Kushida slaps Tommaso and gets punched back by him. Both of them traded the holds from the mat. Kushida shifted his focus on the arms of Ciampa and dropped him from his arm. Kushida had control of the match until he gets hit by a massive dropkick by Ciampa. Kushida moved to the ropes for hitting the handspring back elbow but failed as Ciampa got hold of him and hits with a dropkick right at the face of Kushida.

This move left Kushida’s big shock and gave Ciampa a chance to slow down the match and further beat Kushida. Ciampa looked for hitting Kushida with a headlock.

Things were in favor of Kushida; he escaped and then countered a neck breaker using an armbar attempt. The brawl continued the fight shifted to the floor. Kushida moved back inside the ring and hit Ciampa with a handspring double kick.

Ciampa regained the strength and moved Kushida from the top using a chop. Ciampa worked for setting up Air Raid Crash off the top, but it consumed a lot of time. Kushida was not looking for any perfect ending, and he went for Ciampa’s tearing arms once again.

Ciampa terminated an armbar and turned it to a sit-out powerbomb. Tommaso and Ciampa got up and went for trading blows.

Ciampa ignored the arm trap stomp, but he got hit with a right hand. Stomps arrived finally, and this time Ciampa failed to escape.  Velveteen Dream showed up, and he unintentionally hits Tommaso Ciampa.

Results: Tommaso Ciampa is the winner.

Drake Maverick and Killian Dain are very optimally oiled machine apart from being everything else. Dain and Maverick managed to find a path for having a win over Ever-Rise. Maverick’s most of the time inside the ring during the fight was consumed by getting hit by Matt Martel and Chase Parker. Killian powerbombed partner of his own on Parker, which left Drake to have a pinfall. 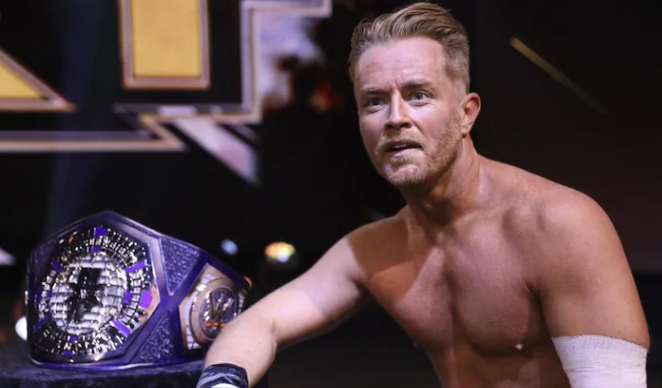 Kilian was not yet prepared to celebrate with Drake; instead, he leveled him second haymaker after the match. Killian Dain: The Beast of Belfast should some mercy this time. Killian flung Drake over his shoulder and moved to backstage.

Results: Killian Dain and Drake Maverick are the winners.

Leon Ruff showed up and went straight for leaping hurricanrana, which got him pinfall for no reason. Austin Theory got aggressive; he went to Ruff and bowled over him with a big shoulder tackle. Ruff got turned inside out in the ring.  Theory still found it difficult to get hold of Leon as he moved from rope to rope. 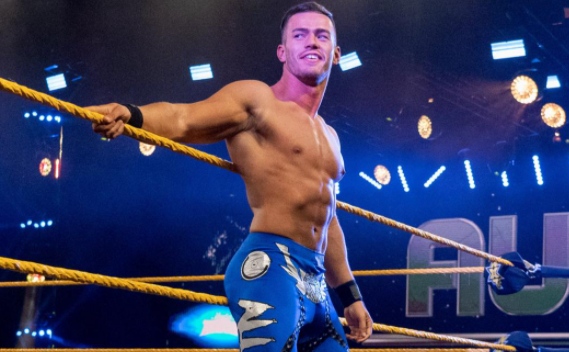 Theory moved Ruff to the ropes, where he bounced back using a massive rebounding clothesline. One mistake costs Ruff to lose the match as Austin hits with the ATL. However, Leon Ruff performed really well inside the ring.

Results: Austin Theory is the winner.

Austin Theory came in looking for a boot but got stuck. Dexter hits Austin with a right hand, and this sends Austin almost out of his boots. Lumis did not stop here and continued to hit Theory in the corner.

Austin Theory attempted to hit Dexter, but his moves were not sufficient to stop him. Austin continued to experience more of beating from the Lumis.

Lumis got two counts with a belly to back Suplex. Austin countered the punch using a clothesline and then went for a fantastic standing moonsault and received a two count.

Austin continued to have control of the match. Lumis got choked out by Austin in the corner. Next, Suplex was terminated, and Austin got hit with a massive rolling spinebuster. Lumis attacked Theory with a couple of shots followed by a rolling monkey flip. Lumis got two counts for a slingshot suplex. Lumis avoided a vast dropkick and hit Austin with a uranage.

Results: Dexter Lumis is the winner.

Danny successfully wrestled Ridge Holland down to the mat using a wrist lock. Ridge overpowered Danny and further broke it via clubbing blow. Burch reversed his game and knocked Holland with a couple of big right hands. 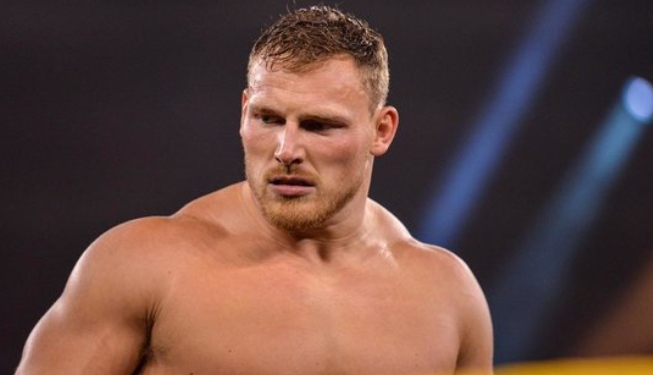 Ridge was finding it difficult to respond to Danny’s offense. They continued to fight, and Danny moved Holland to the corner and hits him with a series of kicks and punches. Holland was dazed, but he managed to fight out. Burch hit Ridge and went for the next turnbuckle. Danny failed to hit a missile dropkick, and Ridge continues to get up. Danny hits Ridge, but Holland saved himself from German Suplex with a back elbow. Burch hits with German Suplex followed by a clothesline. Danny then goes for the Corssface submission. Ridge hits with massive clotheslines and then slammed Danny in the middle of the ring by hitting an Emerald Flowsion and receives the pin.

Results: Ridge Holland is the winner.

Xia Li was furious as she came out of the gate, and she moved Shotzi into the corner by hitting with a series of shoulder thrusts. 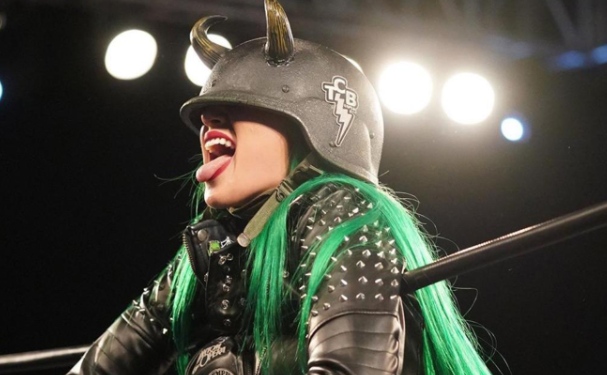 Li had Shotzi on the top, and one mistake was all it took for Li to lose the match. Shotzi moved her back to the mat and hit her with a diving senton.

Results: Shotzi blackheart is the winner.

Although it has been a year, Ember Moon has not competed, but no one can say by watching her performance in this match. She joined with Rhea Ripley to fight against Dakota Kai and Raquel Gonzalez. Both Ember and Rhea had a competing interest and were looking for the NXT Women’s Championship of Io Shirai. During the match, both kept their all the difference aside and worked as a team at several points. 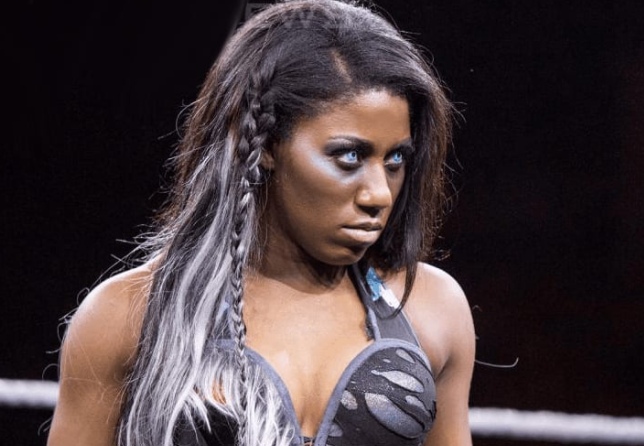 Raquel and Ripley were battling outside and then went off the announcer’s table, which caught the attention of Dakota Kai. Ember took advantage of the situation and hits with perfect Eclipse.

Results: Rhea Ripley and Ember Moon are the winners.

We had come back from NXT’s Superstars, along with fascinating matches on the recent episode of NXT.

This is all from the latest episode of NXT. I hope you enjoyed reading the post. Let us know about your experience watching come back from your favorites and their fights.