WWE NXT new year’s evil kicked off from Capitol Wrestling Center. You can read about WWE NXT 6th Jan 2021 highlights, reviews, and match-winners in this post.

You can check out the video episode on WWE NXT 6th Jan 2021 if you are not interested in reading the post.

Before checking out WWE NXT 6th, Jan 2021 highlights, you can quickly read about the show’s best moments.

This was just a sneak peek at NXT’s latest edition.

Dexter Lumis began the show with the pull of a lever inside a dark ring. Soon the show started the first match of the night kicked off.

The match card had interesting matches tonight. Here we have covered all the matches, WWE NXT 6th Jan 2021 highlights, along with the final results.

Right from the opening bell, there was an uncontrollable fury between the two powerhouses. The Priest put Karrion on his heel in an imposing way which no one has ever seen before. 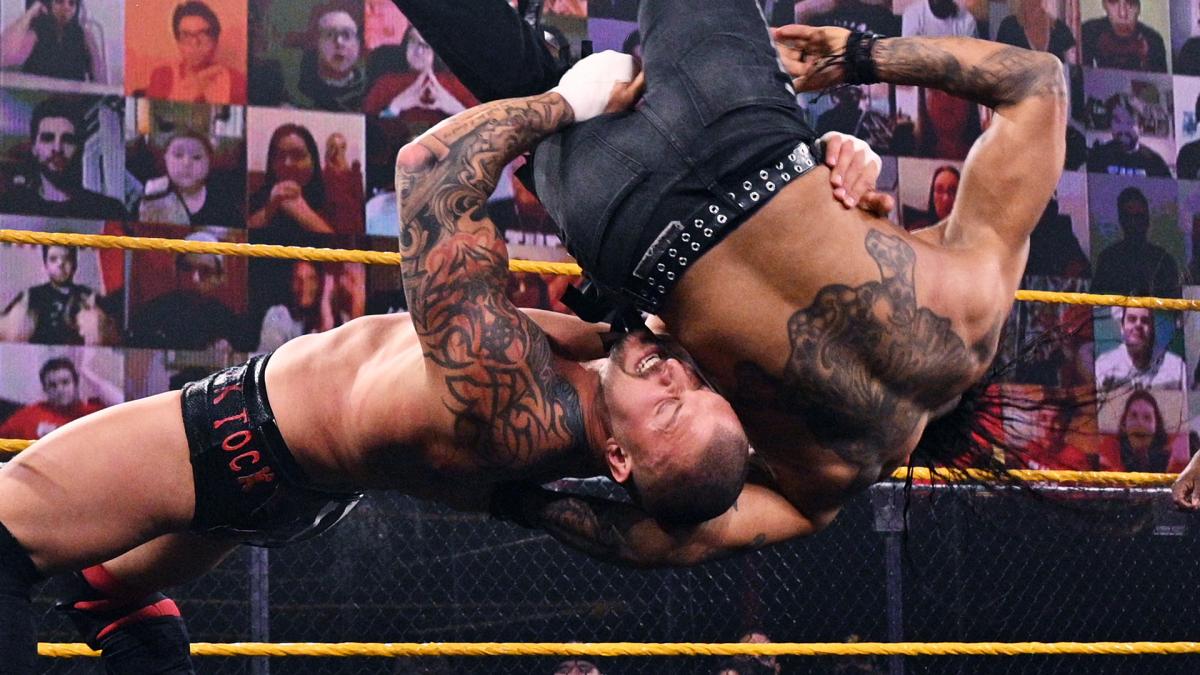 Kross shifted his focus on Priest’s ribs and attacked him. Damian looked for hitting a Razor Edge, and The entire Capitol Wrestling Center wowed up with his tope con Hilo move followed by top rope spinning heel kick.

Gran Metalik showed great strength at the beginning of the match and soon attempted a hurricanrana, blocked by Escobar. Santos slammed Gran into the barricades and took control of the game. 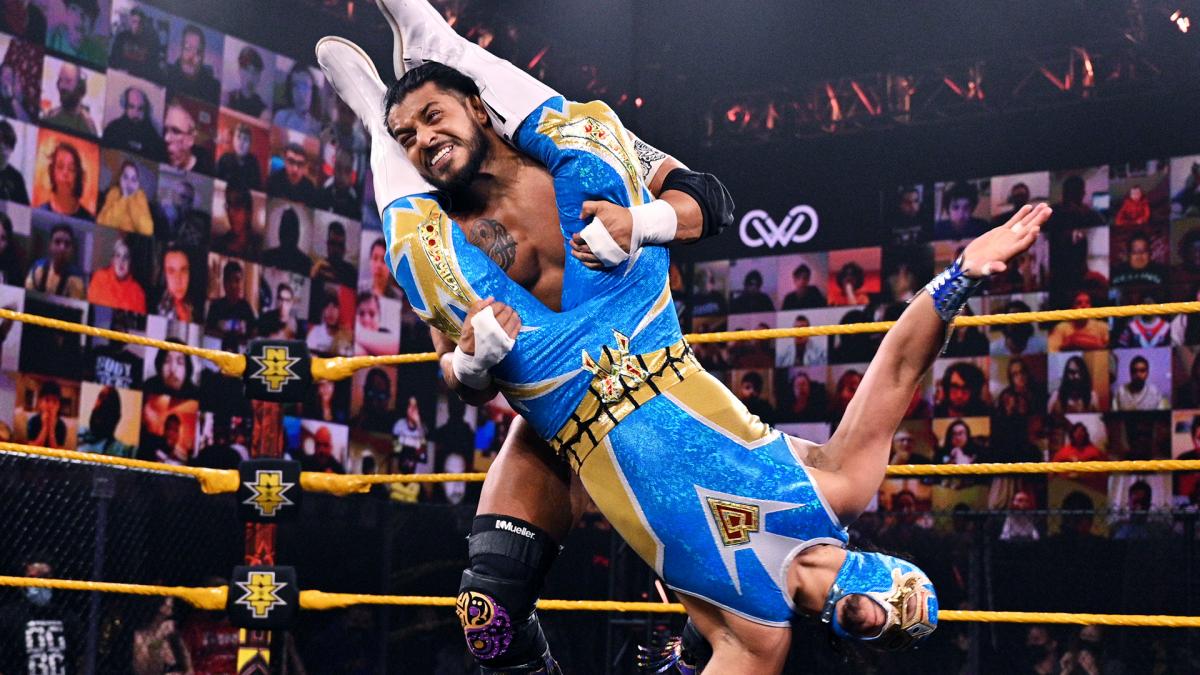 Lince Dorado was present at the ringside, and he neutralized the remaining Legado del Fantasma there. Escobar hung up Gran on the rope and hit him with Phantom Driver to mark the match’s victory. Santos Escobar retained the NXT Cruiserweight Championship.

Cortez successfully avoided a strike by Li but soon got hit with a massive kick and went down. Xia stopped and bowed down to her trainer and then went for hitting Cortez with more kicks. Cortez fought badly, but Li seemed to be unstoppable; this might the result of the training. 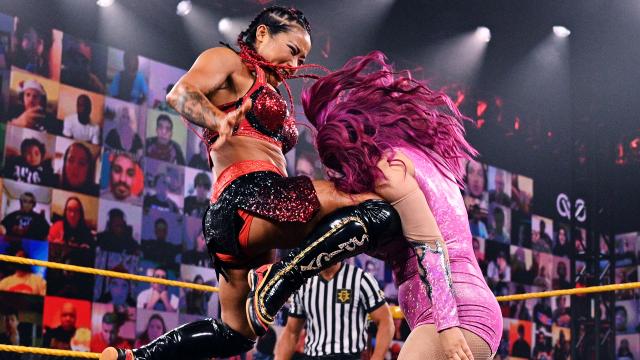 Xia continued to hit few more kicks and ended the match shortly by hitting with a spinning back kick. Xia Li wins the game at New Year’s Evil.

As the bell rang, the weapons were already seen. Raquel got handcuffed to the barricades; she successfully ripped out the railing and went to attack Rhea. Rhea got dropped to the commentator’s desk, and she smashed it. Gonzalez almost buried Rhea in the furniture and steel surrounding the ring post.

On the ramp, Gonzalez attacked Rhea with steel steps. The match reversed as Rhea dragged Gonzalez over a glass door and moved her through the snack table. Dakota Kai hits Rhea with a kendo stick. The former NXT Women’s Champion kicked Dakota and moved her into the locker, blocking her way with a crate.Rhea and Gonzalez crashed through the stage. It was Gonzalez who climb out before the count of ten. At the end of the match, Gonzalez wins the game.

5.Candice LeRae and Johnny Gargano vs. Kushida and Shotzi Blackheart

Blackheart and Candice began the match. Candice moved out of the ring for dodging few hits. Lumis was present at the commentator’s desk, but as always, he was silent. Johnny and Khushida received the tags, and the champion got locked in an armbar. 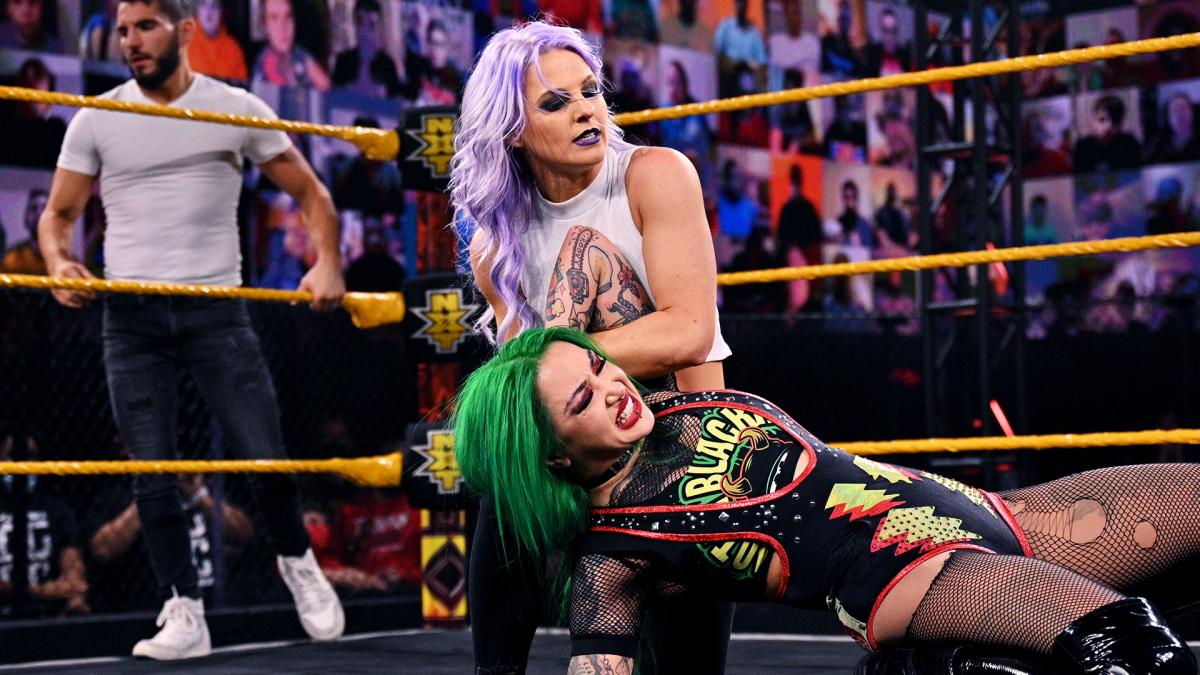 Inside the ring, Candice and Johnny were present, and Blackheart and Kushida hit with a double team move and moved both out of the ring.

Austin Theory and Indi looked for interfering in the match, but soon they were moved out too. Johnny got rolled up by Kushida and lost the game.

Kyle went for hitting Finn’s jaw; soon, Finn went for headlock of his own. Both Finn and Kyle traded holds. Kyle grabbed the ropes using his teeth. Balor once again looked for the headlock, and Kyle responded by hitting a couple of kicks. 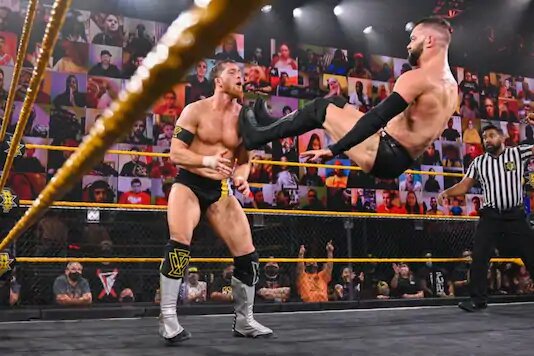 Kyle beat the ten count and looked for a triangle choke, but Balor managed to break it. Balor attempted for one more hold, but he has to let go of it as Kyle received a near fall. Finn moved Kyle down, and there Kyle tapped out, making Balor retaining his NXT Championship.

What a fantastic show of NXT it was at Capitol Wrestling Center. Damián Priest showed some of the most remarkable moves.

So this is all about NXT new episode we want to share with you all. We look forward to knowing how your experience was watching New Year’s Evil.