If you do not wish to read the entire post, you can quickly go through the video on NXT 2nd Dec 2020 highlights and results.

Here we have jotted down the best 4 moments from the WWE NXT 2nd Dec 2020.

Sadly, wrestling man lost one of its gem Pat Patterson. NXT kicked off, and there was an entire roster along with the trainers. On the stage, Triple H was there, and soon a video package was played. It was an incredibly touching video, and it was the most acceptable way to begin the show after losing one of the most outstanding wrestlers. For the first match of the night, Johnny Gargano was present at the commentary desk.

On the latest show of NXT, there were 5 matches, Blackheart’s ladder match being the show’s main event. Go on and read about match details and winners here.

At the beginning of the match, Damian Priest had a dominant run. Suddenly a person wearing a mask appeared in the crowd. The mask was the same which the person who had helped Johnny in defeating Damian for the NXT North American Title. Priest hits his signature move in the final moments of the match, and Ruff went for a frog splash and won the game right before his massive title defense coming Sunday.

Result: Damian Priest and Leon Ruff are the winners.

It was the second match on the show. Cameron showed up confidently to convey a message to Dexter Lumis before their TakeOver clash. 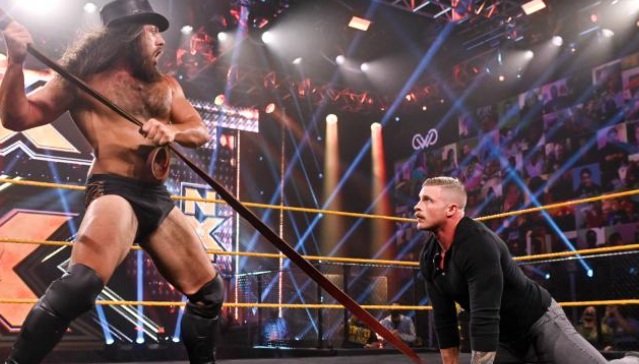 Cameron had straps in his hands and picked up a quick win in the match, all thanks to the Cave-In.

The match began, and in the commentary, it was announced that Jake Atlas dedicates the game to the late Pat Patterson.

Atlas did not run away from the severe bout and hit Tony with a dropkick followed by a suicide dive. Jake Atlas earns the victory for himself as he successfully ignored stunned Nese and running Nese, and hits with a cartwheel DDT.

Result: Jake Atlas is the winner.

The Grizzled Young Veterans vs. Imperium

Initially, it was decided that the Grizzled Young Veterans will face the Ever Rise. Imperium showed up all of a sudden and began to hit Ever Rise brutally. 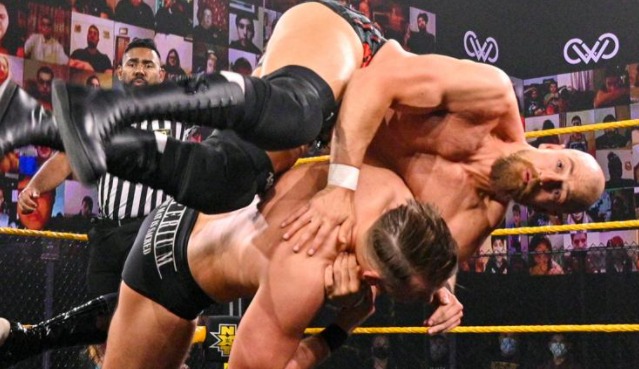 This leads to a match between Imperium, Zack Gibson, and James Drake. Both the teams were indulged in an even bout and were about to end the game. Ever Rise showed up again and attacked both the teams. The match ended up in a no contest in the end.

Shotzi Blackheart came with the benefit of this Sunday’s highly anticipated WarGames bout, scheduled with Team Candice. She was also set to answer who will be the final member of her team, and it is Io Shirai.

There was sudden chaos in the match as all the seven women came. Shirai moved all of them out by hitting a moonsault. Shotzi went up on the top of the ladder and secured the briefcase. Shotzi Blackheart wins the match. Team Blackheart will have an advantage at NXT TakeOver: WarGames.

Result: Shotzi Blackheart is the winner.

A fantastic go home episode it was. An excellent ladder match WWE fans witnessed on the show tonight.

This is all about NXT 2 Dec 2020. Let us know how your experience was watching the latest show of WWE NXT. We will be posting on NXT TakeOver WarGames complete highlights and match winners soon.