As the show begins, we had a recap video package showing complete action, which we got to see on last week’s NXT episode. Vic Joseph welcomes all at the Capitol Wrestling Center. Bobby Fish and Roderick Strong showed up. Soon they were joined by Kyle O’Reilly, a member of the Undisputed Era. Kyle O’Reilly took the mic and said he is the second Golden Age of the UE.

1. One-Two vs. Kyle O’Reilly vs. The Undisputed Era (Roderick Strong and Bobby Fish): A match for No. 1 Contender

Strong and Lorcan began the match. Danny Burch showed up and went for hitting the arms of Roderick. Strong got hit with an arm breaker followed by wrenches on his left shoulder and experienced significant pain. Roderick successfully tags out Fish. 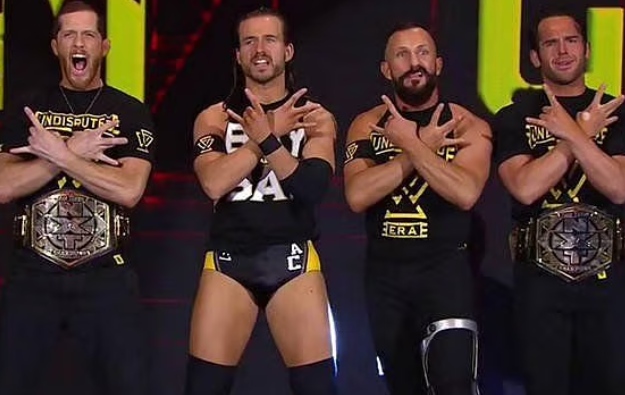 There was an excellent brawling trade between Danny and Bobby, and Burch had the upper hand. Bobby was moved out from his side of the ring, and Danny was continuously hitting him with the arm breaker. Lorcan was tagged in the match.

Bobby managed to get back to his corner, but UE struggled to end the Boston Brawler’s momentum. UE managed to counter the move of running blockbuster and took control of the match.

Danny moved Bobby into Roderick and then hit former NXT NA Champion with a powerbomb. Danny gets two-count after this.

Lorcan regained the tag and hits Roderick with a running uppercut wrongly, which almost decapitated Strong.

Bobby moved Lorcan into Danny. Strong hits a flash knee strike, and the move was sufficient to knock out Danny for the three.

Result: The Undisputed Era is the winner. 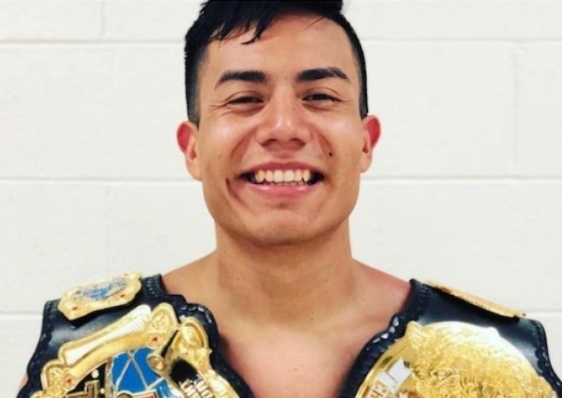 Adonis got distracted because of Legado Del Fantasma. The distraction allowed Atlas to roll up Adonis and earn the victory for himself.

Result: Jake Atlas is the winner.

Austin outwrestled Johnny Wrestling at the beginning of the match. Johnny hits Austin with a couple of shots on his jaw. Theory was moved down by an arm drag, and then Gargano began to hit Austin’s shoulder. 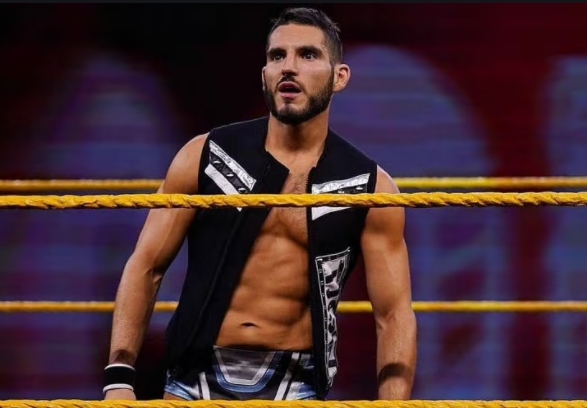 Austin soon regained the strength and got up. Gargano hit him with a huge clothesline and went for standing moonsault.

Gargano was hit by a drop toe hold and was moved into the turnbuckle. Theory then hits with a slingshot rolling dropkick. Because the arrogant nature of Austin gave Gargano enough time to recover. Gargano ignored the ATL and hit Austin with an enziguri.

Gargano caught Austin in an abdominal stretch. Austin managed to come out of it and hits Gargano with a slingshot boot at his chest. Gargano ran way as Austin went for setting up for a fisherman suplex.

Austin hits with a rolling dropkick, which was countered almost. Austin got hold of Johnny’s feet. Austin got hit with a fisherman neck breaker on his knees.

Johnny skipped ATL another attempt at ATL and proceeded for a crossbody. Austin got hold of Johnny but failed to hit ATL again. Austin countered the sunset flip move of Johnny and received two-count.

Johnny and Austin traded strikes, and Johnny went for hitting a superkick. Johnny hits with one Final Beat, and Austin was lying down on his back, looking at the lights.

Result: Johnny Gargano is the winner.

4. Candice LeRae vs. Shotzi Blackheart: A match for No. 1 Contender

Io Shirai’s two of the top competitors were facing each in the match. Shotzi hits Candice with an enziguri and terminated a rope handing neckbreaker move attempted by LeRae. Shotzi managed to avoid a baseball slide and moved out Candice by making a suicide dive. 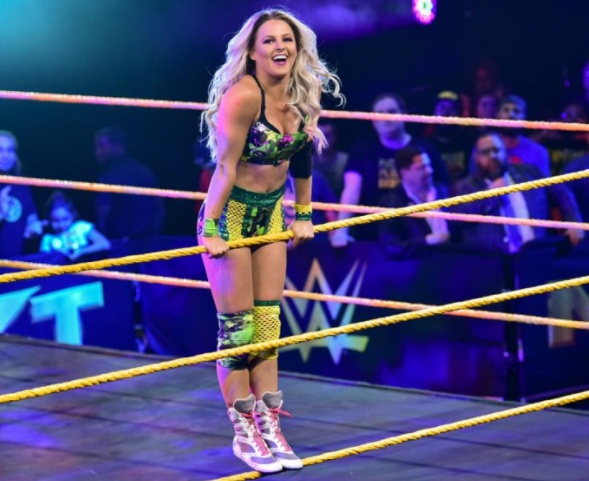 Inside the ring, Blackheart hits with a spin-out facebuster. Candice got the upper hand, and she squashed the face of Blackheart into turnbuckle’s middle.

Shotzi was facing a tough time as Candice tossed her inside the ring from one corner to another. Both Candice and Shotzi were on the apron, and Candice moved Blackheart into the ring post. Candice hits Blackheart with a facebuster.

Candice rolled up her knees when Shotzi attempted for diving Senton Splash and was about to win the match. Shotzi ran behind Candice and chased her to the top, but Candice managed to come out by sliding through Shotzi’s legs. LeRae got one more close call as she hits with a superkick.

Blackheart, by hitting with a bridging tiger suplex, successfully got hold of Candice, but this didn’t help Shotzi to win the match.

Candice got hit with a step-up enziguri by Shotzi. Candice was back on her feet and got crushed with diving seated. Candice rolled to the floor and came out of a massive splash. Shotzi went for another suicide dive. Candice hits Shotzi with the knuckles, and the match was rewarded to Candice.

Result: Candice LeRae is the winner.

Toni Storm returned impressively and was full in action. Toni won the match with Aliyah in a distinctive way.

Toni moved down the client of The Robert Stone Brand by hitting with a Storm Zero in an exceptionally well fashion.

Result: Toni Storm is the winner.

Dain came running towards the ring and ignored the tag team entrance of Drake. Killian expected to kick off the match. Dain hit Fabian Aichner and tagged Drake. When Dain moved out from the ring match was taken over by former NXT Tag Team Champions. 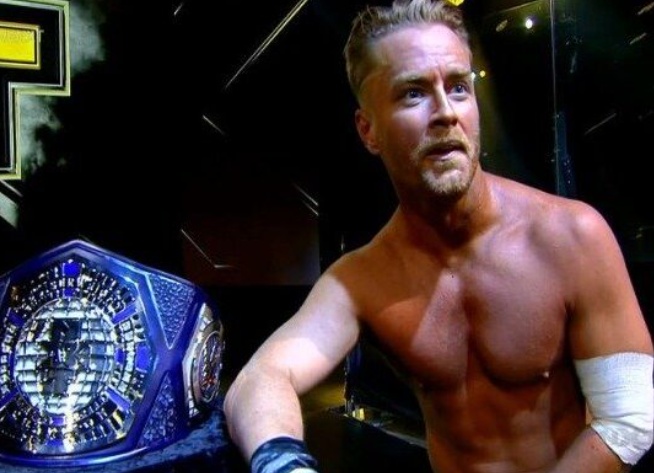 Imperium starts hitting Drake and moved him down to the mat. Drake managed to move to Killian as he bowled over Barthel and Aichner.

A double exploder was terminated, and Imperium moved down the big man by hitting with a combination of spinebuster/penalty kick. Drake made a tag, and Dain accepted it. Drake hits Aichner with a couple of strikes.

Aichner got hit with a step-up knee, and Barthel ran a distraction by moving Killian into the steel steps. Aichner got hold of Killian and went for a big slam.

Drake Maverick and Killian Dain are still in an alliance, and they got outsmart in this match by a highly experienced team of Fabian Aichner and Marcel Barthel.

Result: Imperium is the winner.

Lumis and Priest got locked up, and both of them were dragging each other between the ropes. Wrestling was thrown out of the door initially, and it was a brawl between them. The Priest made Lumis fall by hitting with a couple of kicks on his head. 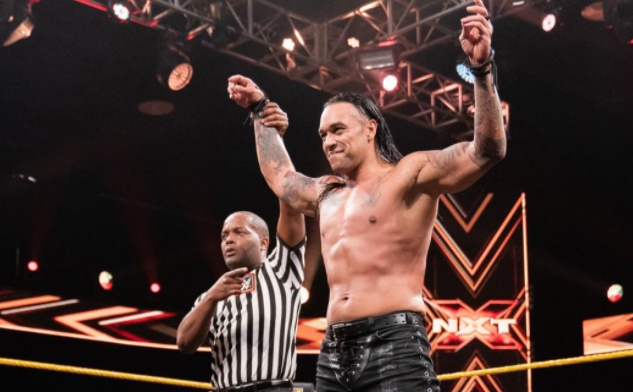 Damian hits with a Broken Arrow. Lumis moved Damian to the floor, and there both began to throw bombs at each other. Damian slammed Lumis face on the apron.

Lumis avoided the South of Heaven and hits Damian with a spinebuster. Damian terminated Dexter’s Kata Gatame and hots him with a flatline followed by ankle lock. By now, Dexter began to experience immense pain. Lumis tried to move to the ropes, but Damian didn’t allow him.

Lumis somehow responded to the Priest’s moves, but soon he got hit with a bell clap. Lumis dropped Damian with a backdrop and hits him with a kip-up leg drop to get two-count.

Lumis was on top, though, but failed to hit Senton Bomb. Damian hit Lumis with a clothesline. Lumis was locked in the Kata Gatome. Damian’s foot successfully reached the roped. Damian crawled towards the floor, and Lumis followed him and bounced Damian off the plexiglass. Priest was back inside the ring, and Grimes hits with a Cave In.

Priest had no idea what just happened, and he hits Lumis with the South of Heaven.

Result: Damian Priest is the winner.

A night full of surprises and action it was. For NXT Halloween Havoc, we had confirmation of few matches and got to see impressive games.

This is all we want to share about WWE NXT on 14th October 2020. We hope you enjoyed reading the post. We will be posting more updates on WWE Halloween Havoc soon. Do let us know how was your experience watching this week’s NXT episode?