Sami Zayn, Jeff Hardy, and Corey Graves, and AJ Styles were present inside the ring as the show began. Styles, Jeff, and Sami, insulted each other by using words like fraud, cheater, and a brawl between the trio.

Here you can find the match details and winners of the latest episode of SmackDown.

Once again, things got messed up between Sami Zayn, Jeff Hardy, and AJ Style during Intercontinental Championship Ascension Ceremony. A brawl between all three started, and AJ Styles got added to Zayn and Jeff’s pre-planned match. The dispute continued after the pre-match firework, and each player got control during the different phases of the game. AJ Styles went over the ropes and hit Sami Zayn with a Phenomenal Forearm. 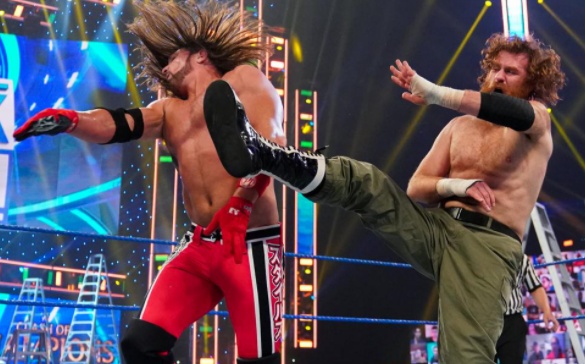 Styles further hits Zayn with massive kicks, and then he landed next flying Phenomenal Forearm on Jeff Hardy. Styles was going for the pin, Sami came and moved him out to win for himself. AJ Styles didn’t ignore the loss, and he moved out both his opponents of WWE Clash of Champions and went up on the ladder so that he can get his hands on both titles. AJ Styles legitimately conveyed the message.

Before their respective match at WWE Clash of Champions, both Gran and Shinsuke faced each other in the blue brand. At the beginning itself, the match went outside. Shinsuke moved out Gran into the barricade. Nakamura hits Metalik with a knee strike. Inside the ring, Gran got driven into the turnbuckles. Shinsuke was moved outside for making a massive dive from the ropes. 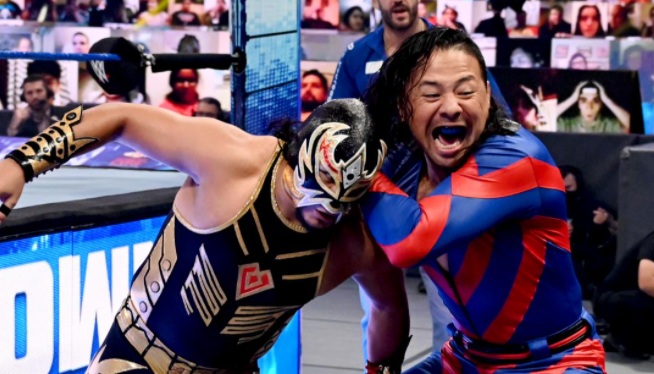 Gran missed a moonsault, and Nakamura went for hitting the running knee at the back of the neck and hits with an Exploder after it. Nakamura finished off the match with the Kinshasa and received the pin.

Cesaro moved out Lince Dorado; meanwhile, Kalisto remained unharmed outside. Tension started prevailing with the Luch House Party again as after the match was over; Dorado hits Kalisto following a disagreement.

Result: Shinsuke Nakamura is the winner.

Matt unloaded himself on Baron before the bell rang, and right after the bell rang, Matt took control of the match. Corbin slowed down the moves of Riddles and moved him down using a running elbow. 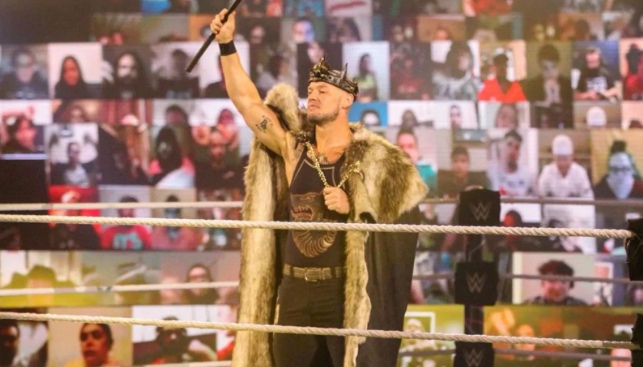 After some time, the control of the match was again with Matt. Corbin was moved over the announcement desk by Riddle. As Matt had a submission locked into fought back, Corbin hits with a powerbomb.

To get a near fall, King Corbin hits with a Deep Six. Riddle attempted for the Floating Bro, but King Corbin moved his knees up and hit the End of Days to win the match.

Result: Baron Corbin is the winner.

Lacey Evans and Alexa Bliss were inside the ring after the Sister Abigail Attack on Evans in last week’s SmackDown. Alexa Bliss had her usual energy, and the match started. 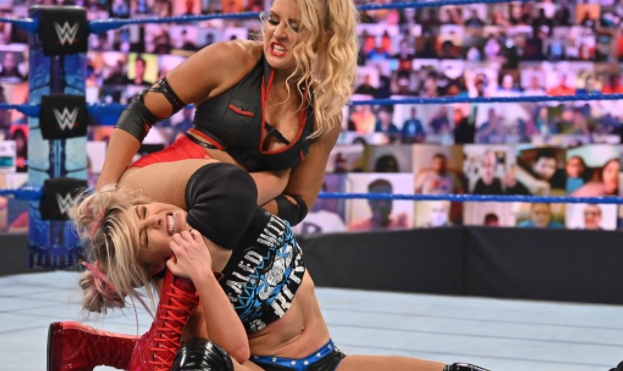 Alexa was having a very familiar game before we heard the laughter sound of The Fiend. After that, Alexa began to space out again. Lacey had the control, but Alexa got the momentum also with the help of a dropkick.

There was creepy music of The Fiend playing on in the background, and the lights were turned red when Alexa lost it and went for attacking Evans. Alexa kept kicking Evans, and the referee had no choice other than calling off the match because of the disqualification.

Result: DNF, the match ended in no contest.

Here we come up with the top SmackDown predictions that could happen on next week’s SmackDown show.

1. The Brawl between Jeff Hardy and Sami Zayn might continue.

If Jeff Hardy retains his Intercontinental Championship at WWE Clash of Champions, he might continue his disputes with the Sami Zayn.

Sami had a point to argue that he was not pinned for losing his Intercontinental Championship till now. On the latest episode of SmackDown, Hardy got pinned by Sami. AJ Styles is likely to shift his focus somewhere else, and the feud between Hardy and Sami might take unexpected turns.

2. The Forgotten Sons can have their comeback and may attack Cesaro and Shinsuke Nakamura.

It is rumored that The Forgotten Sons soon return to WWE. We guess that they might plan their comeback in the next episode of SmackDown. When they return, there are chances they attack Cesaro and Shinsuke Nakamura. If they do so, a brawl between both teams will start for the SmackDown Tag Team title. We know that the SmackDown tag team division is relatively weak at present. If The Forgotten Sons returns, then it will be a good addition.

3. The Lucha House Party may opt to announce their official split-up.

In the last few episodes of SmackDown, WWE is giving hints on the official break up of The Lucha House Party. We predict that the three team members may get involved in a feud in the coming episode of SmackDown. The rivalry can turn into a brawl, and all three-member may decide to split up.

4. Roman Reigns and Daniel Bryan gets involved in a feud.

Here we conclude WWE SmackDown 25th September 2020 full show highlights and match results. We had a decent episode of SmackDown this was before the Clash of Champions.

Roman, Paul, and Uso all showed up. Roman commented that he could give Uso the title if he can, but Jey won’t understand the real value of becoming a champion by doing so.

This is all about SmackDown’s latest episode. We are now excited to see what happens at WWE Clash of Champions. It will be a sheer pleasure watching rivalries ending between the champions at the upcoming PPV. Stay tuned with us to get detailed updates on Clash of Champions highlights and results.