WWE’s final PPV for this year was live on 20th Dec 2020. In this post you can read about Roman Reigns Vs Kevin Owens WWE TLC 2020 highlights & final match results.

You can quickly go through the video on Roman Reigns Vs Kevin Owens WWE TLC 2020 here:

Men and women from both the blue and red brands had faceoffs, and in the matches, there were different furniture used. This fight was for the WWE Universal Championship in a Tables, Ladders, and Chairs match.

Roman Reigns gave WWE fans a thrilling experience by assaulting Kevin on SmackDown show before. As the SmackDown episode kicked off, Kevin showed up, and he called Roman a coward. Reigns gave the same offer to the Kevin which he gave to Jey Uso before their match. 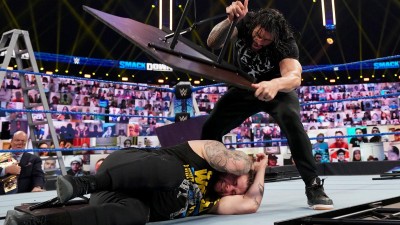 He said he would let go Kevin without any harm if he will apologize to him and call Roman as the Tribal Chief of the family. Owens was then brutally assaulted by Jey from behind before he could reach Roman. Jey and Roman together began to hit Kevin and WWE officials had to come to separate them. On SmackDown last moments Roman almost buried Kevin under broken tables, ladders and chairs giving him a clear message that he will be giving him the same treatment on TLC 2020.

Here we have discussed the detailed match highlights and analysis of the most awaited match of Roman Reigns vs Kevin Owens WWE TLC 2020.

In TLC 2020, Kevin Owens was eager to take revenge from Roman Reigns. Roman entered the ring, before the bell rang  Kevin attacked him. Owens started assaulting Roman. And the referee called the bell. Jey Uso came to the ring to save his brother, but Kevin didn’t give any chance to Uso this time. 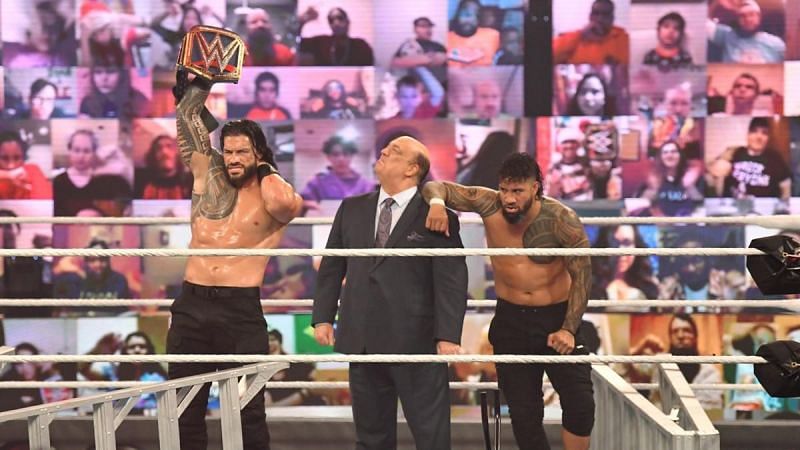 In fact, Kevin broke Uso’s leg with the chair. Since this was going on, it gave Roman a chance to come back to the fight.  It was Kevin at the start who was right there on the top of the match and was likely to win. However, Reigns and his brother USO turned the game. With the support of his brother USO, Roman was able to retain his Championship title.

Owens did everything. He was so close to snatching the Universal title from Reigns. But every time he tried to climb the ladder and get the title, it was either USO or Roman who interrupted and stopped him.

Roman Reigns is no doubt the BIG Dog but what the WWE Fans and we are also not liking about him is that he is not a One-Man Army anymore. For the past matches that he won, he won it by either by some hook and crook or with his brother’s help.

Same thing he did with Drew McIntyre as well in the Survivor Series 2020.

Anyways, what you think? Do you think Owens will rechallenge Roman Reigns for the Universal Championship?

Do you think Kevin Owens really deserved a chance to win the title? It would be interesting to see Kevin Owens’s reaction in the SmackDown show this week. Let’s see what WWE decides for him. Will Roman Reigns have a new challenger for the title or will he face Owens again.