The Miz kicked off the show along with John Morrison. They announced that they would team up with Randy Orton for facing Drew McIntyre and The New Day. Randy Orton was angry with Miz as he undermined him. Randy threw a challenge on Miz to cash in, but Miz and Morrison looked for defusing the things. On today’s match card, we had few qualifying matches for the Survivor Series 2020.

The match kicked off, and Elias looked for a roll-up. Jeff kicked off, and Riddle showed up to drag Hardy out of the ring. Elias hit Jeff and Matt with a baseball slide and moved them to the ring posts. 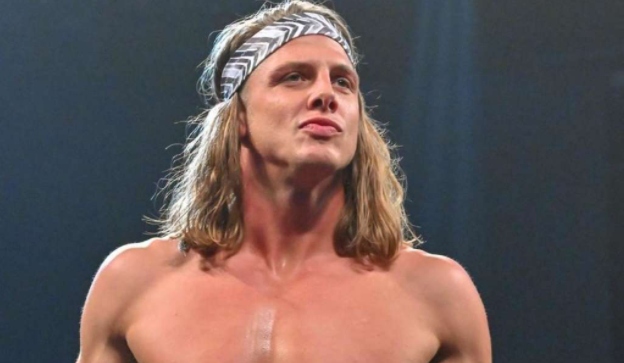 Jeff began to dominate the match, and AJ watched the game from backstage and his backup. Elias, after countering, Jeff went for hitting the Driveaway, and Matt broke the pin. Matt failed to hit Bro Derek, and Jeff reversed the move to an improvised Poetry in Motion.

Jeff went for hitting Riddle with a Twist of Fate. Elias got hit with a Bro Derek by Matt Riddle.

Result: Matt Riddle is the Qualifying match-winner, and he is now part of the Men’s RAW team at Survivor Series.

Lana wanted to take revenge desperately, though it was Nia who has been putting her on the table multiple times. 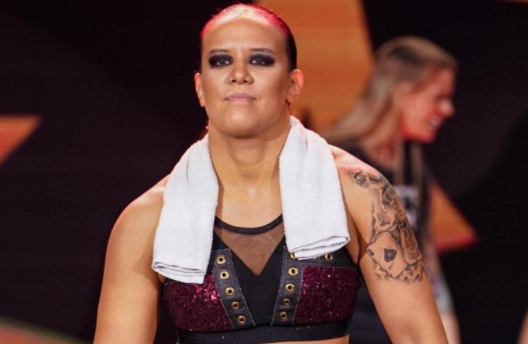 Lana received a couple of hits, and Shayna took control of the match and began to punish Lana. For getting the quick win, Baszler locked on the Khirifuda clutch.

Result: Shayna Baszler is the winner.

3. Keith Lee and Matt Riddle vs. Braun Strowman and Sheamus

Lee and Sheamus kicked off the match. Matt Riddle got tagged at the beginning of the game. Sheamus moved Matt to their corner and went for tagging in Strowman. Braun moved out Matt and tagged in Sheamus. AJ attempted to make the match fair, but Sheamus appeared to be disappointed. 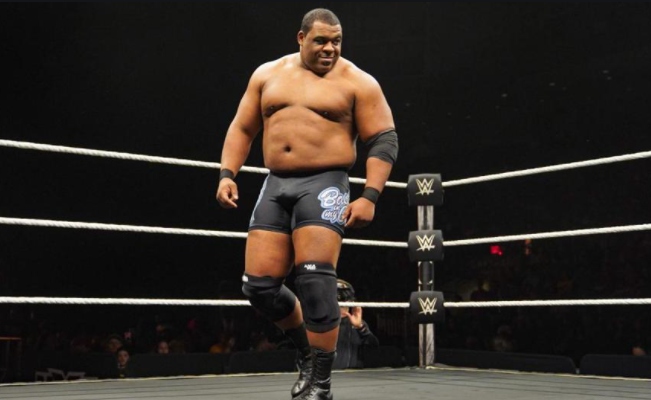 Matt Riddle responded by hitting a big Suplex. Sheamus was furious because of AJ. Sheamus dodged a massive kick, and AJ got stuck between Keith and Strowman.

AJ Styles bodyguard showed up inside the ring. Sheamus began to dominate the match, and Braun received the tag in.

Keith got tagged in, and he moved put both of the opponents. Lee tossed Sheamus into Strowman and then hit Sheamus with the Spirit Bomb using Matt Riddle.

Sheamus looked for the setting up the finishes on Matt but failed as Strowman made a tag. Sheamus and Strowman were fighting, and Sheamus moved out Braun. Soon the Irishman got rolled up by Matt Riddle.

Result: Keith Lee and Matt Riddles are the winners.

4. Titus O’Neil vs. Bobby Lashley: A US Championship match

MVP looked for distracted Titus off the bat. Titus shooked it off and went for hitting a couple of strikes, which made Lashley retreat to the corner. Titus continued to hit Bobby and maintained the pressure. Lashley somehow managed to sneak in a spear. 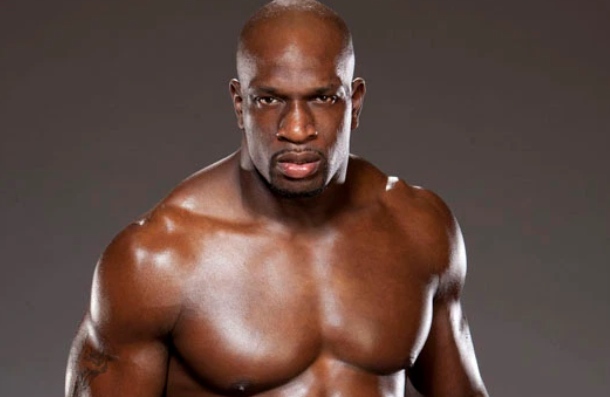 Bobby locked in the Hurt Lock, and after he fought it for a fraction of seconds, Titus had to give up, and he tapped out at the end. The match was finally rewarded to Bobby.

Before the match kicked off, Nia Jax was backstage, where she was interviewed. Nia said that she is looking to prove that she is best on the red brand. The match started. Nia went for pushing Asuka aside. Asuka returned, having an inverted armbar. 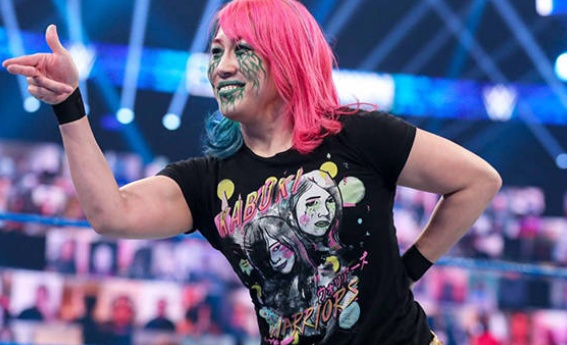 Nia rolled up, and she began to toss Asuka. Asuka went for locking in one more armbar. Shayna was on her way to came inside, and she had to face Lana while entering. Shayna tried to wipe out Lana, but Asuka moved Shayna outside, and she went to lock in the Asuka lock inside the ring.

Shayna successfully broke the hold. The match was called off, and to defend Asuka, Mandy Rose and Dana Brooke came. Jax and Shayna moved everyone else outside, and before leaving, they moved Lana through the announcer’s table.

All the six challengers attacked R-Truth as soon as he showed up inside the ring. Akira received the pin, and then Erik pinned him and received the 24/7 title. Drew Gulak successfully got the title, but soon he got rolled up by Tucker. Gulak went to take it back with a pin’s help, but Tucker got it back via pin. 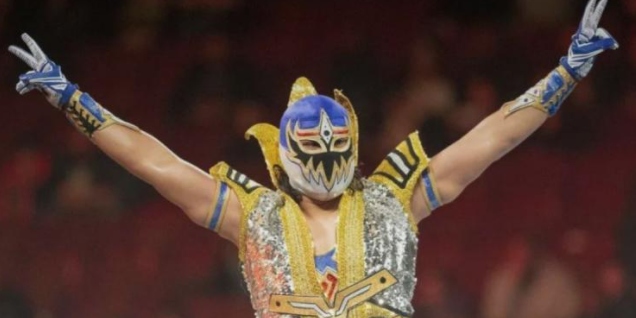 R-Truth showed up, and once again, the fight started. Metalik became the new champion, but he got pinned by Lince Dorado. R-Truth then hits with the AA to retain his title.

Result: R-Truth is the winner, and he retained the 24/7 championship.

Mustafa Ali asked Ricochet to join him, but Ricochet looked for his former friend and went after him. Ricochet hits with some massive moves at the starting of the match. 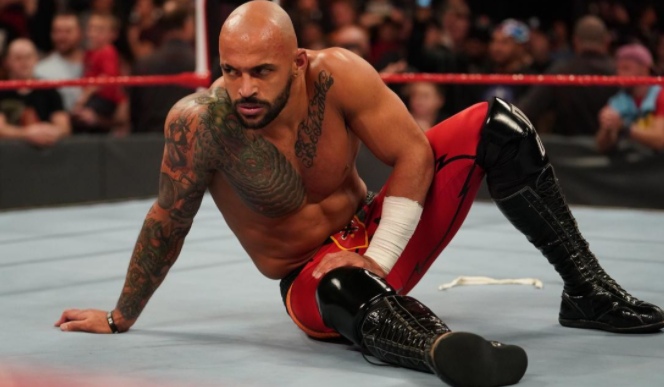 Ali tried to save Ricochet and hits with a huge suplex. Ricochet hits with a drop and moved Mustafa out of the ring via Rana. The remaining Retribution went after Ricochet, who escaped from the ring. Mustafa was hitting Ricochet inside the ring, a DDT by Ali was blocked and got countered to a suplex followed by a brainbuster to receive a near fall. Ali then hits a backbreaker, but Ricochet managed to kick out.

Result: Mustafa Ali is the winner.

8. The New Day and Drew McIntyre vs. Miz and Morrison, Randy Orton

Drew tossed Morrison around the ring and in the corner, then went for tagging Woods. Miz received the tag, and Kingston and Miz looked for a tag to Randy, but he refused the tag; Morrison made a forceful tag, and Kingston teamed up with Xavier for moving Miz and Morrison out of the ring. 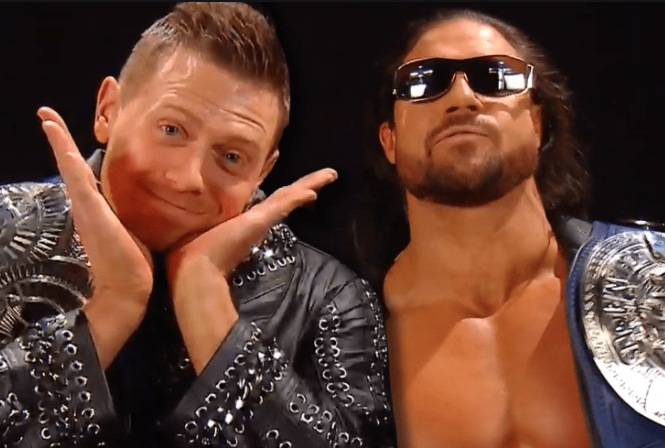 Xavier was moved out of the ring, and Orton was still not agreeing the joining the match. Miz and Morrison went for hitting a double team move and received a near fall. Woods was back, and he hits with a clothesline.

McIntyre moved out Miz and Morrison. Drew hits Morrison with a Futureshock, and he threw a challenge on Orton for tagging in. Orton teased a tag, but eventually, he walked out.

In confusion, Morrison almost got rolled up. McIntyre moved out Morrison by hitting with a Glasgow Kiss. Drew hits the Claymore for winning the match.

Result: The New Day and Drew McIntyre are the winners.

In today’s episode, Asuka vs. Nia Jax ended up in a DNF. Things are entirely heated up between all six of them, and chances are in the next episode, we might get to see a six women tag team match. This makes sense as the feud between them can not be expected to end soon.

2. Nia Jax might put Lana through the announcer’s desk again.

In this episode, we had multiple title changes, and both men’s and women’s RAW team were facing difficulties to get along.

This is all about RAW 9th Nov 2020. Survivor Series is a few days to go, and we will be posting with all its updates soon. We hope you enjoyed reading the post.