NXT TakeOver 4th Oct 2020 Highlights: WWE NXT TakeOver was live aired from Capitol Wrestling Centre. It is a tailor-made WWE performance center for the Black and Gold Brand. Here we have covered all that happened on WWE NXT TakeOver on 4th Oct along with NXT match highlights and results.

TakeOver31 was a classic WWE event this year, and it needed to show something unique, which will make it stand different from the other shows we got to see this year.

Here are the match details and results of NXT TakeOver 31 4th October 2020:

Johnny was trying to attempt to stick and move strategy at the beginning of the match against Damian. Some of the big moves made by Damian were avoided by the first-ever Champion of NXT Grand Slam. Johnny got hit by a leaping wheel kick. 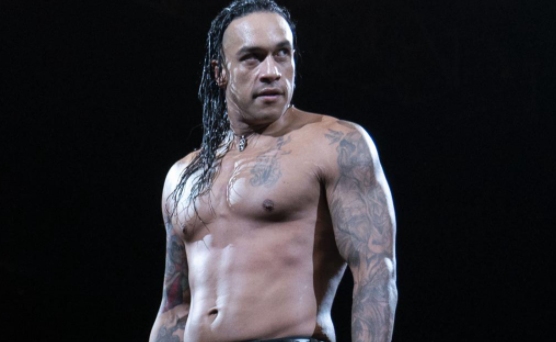 Gargano successfully knocked off Damian from the ropes, and after going for an Old School attempt, he moved him to the floor. Gargano pulled the arms of Priest through his legs. Damian was getting tossed around the ringside and ran into the chained barricade. Damian then rolled back inside to get more punished at NXT TakeOver 31.

Damian was facing a tough time as his legs have got weaken after dealing with a single leg Boston Crab. The NXT North American Champion did not lose hope and went for hitting massive striking combinations. Damian failed to move away from the challenger. Johnny was then moved to the apron via Razor’s Edge, but this was also not enough to finish the event.

Gargano replied to the moves of Priest by hitting him with a superkick followed by standing Shiranui. There was a set up of steel steps. Johnny attempted to move the champion into the steel steps. The things did not go as per the plan of Johnny.

Johnny pinned Damian just a few days back at NXT; he once again tried to do the same. The Archer of Infamy was well prepared, and he got hold of Johnny in the ropes and made him familiar with his Reckoning to retain his North American Championship.

Results: Damian Priest is the winner.

Velveteen Dream was in the attire of Doc from Back to the Future. Kushida attacked Velveteen when he was entering, and he could even make to come out of the gate. 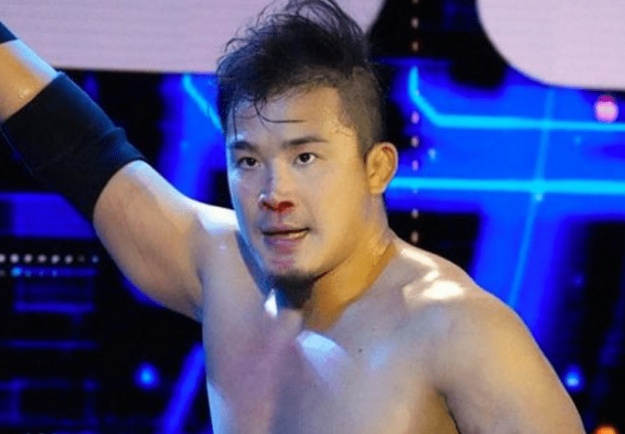 Dream was having a tough time as Kushida was getting furious. Kushida went for setting up the Hoverboard Lock. Dream got yanked by Kushida, which left him in extreme pain as he held his shoulders.

For the time being, Dream stayed away from the Hoverboard Lock. Dream then moved the referee out. This distracted Kushida, and the distraction was sufficient to make Kushida get involve in some offense. Dream moved Kushida inside again and went for turning a handspring back elbow in a sleeper attempt.

Kushida gave tough competition and went for hitting his combination of dropkick/hip toss and rocking Dream along a massive elbow. After beating him thoroughly, Kuhsida moved Dream into the steps and hits him with a dropkick. Kushida crashed the arms of Dream between the ring post and the steps.

Dream managed to deal with more beating and armbars and then went for hitting a Purple Rainmaker. It appeared that he was more hurt than Kushida. When Kushida went after the Dream, a Rainmaker was terminated.

Dream continued to fight for a few more minutes, but in the end, he did not have the option to go anywhere, and the match was rewarded to the Kushida.

Results: Kushida is the winner.

Escobar and Scott both thought that the game would end soon as they traded pinfalls at the beginning of the game. Isaiah moved Escobar to the floor and further hits her with a moonsault.

Escobar failed to ignore one more dive. Isaiah went for hitting the arms of Escobar’s. He tied the arms of Escobar with the ropes and ring post. Isaiah then attempted for the cross-arm breaker, but the impact didn’t last for a long time on Escobar as he made his way to the ropes.

Escobar moved Isaiah to the top of the rope. Escobar attempted for a suicide dive, which moved Isaiah into the barricade. Escobar received two counts with this at TakeOver 31.

Santos hits Scott with the Frankenstein. Scott once again tried to collect some momentum and attempted to hit flatliner to get two counts. Three Amigos for looking up for the Frog Splash, which Scott ignored.

Scott bared all the pain and moved the champion to the ropes. As the Escobar title seemed to be in danger, Joaquin Wilde and Raul Mendoza showed up so that they can turn things in favor of Santos. Scott was well prepared to face Legado del Fantasma too as he moved Escobar towards his alliances by hitting a hurricanrana.

Inside the ring, the distraction gave Escobar a chance to hit the Phantom Driver.

Back inside, the distraction allowed Escobar to hit the Phantom Driver, but it wasn’t enough. The Three Amigos see up for the Frog Splash, which Swerves avoided. The House Call rocked Escobar, but couldn’t get the job done.

When Escobar fought off a German on the apron, the end came when sending Swerve headfirst into the bottom turnbuckle rung. A double underhook facebuster planted Swerve on Escobar’s knee for the win.

Scott survived all frog splash. Phantom Driver and the Three Amigos too. Scott almost won the title after going for a House Call and breathtaking 450 splash again. But unfortunately, it was not enough. Scott was struggling in the ring apron and got crushed in the turnbuckle. This presents Santos a chance to drive Scott into his knees and get back his title.

Result: Santos Escobar is the winner.

Candice and Shirai had this thing on their destiny since Shirai went dark in the last summer. Both have indulged in the fight many times after that. The challenger of NXT Women’s Champion was there at the ropes. LeRae was forced to move back to the floor. 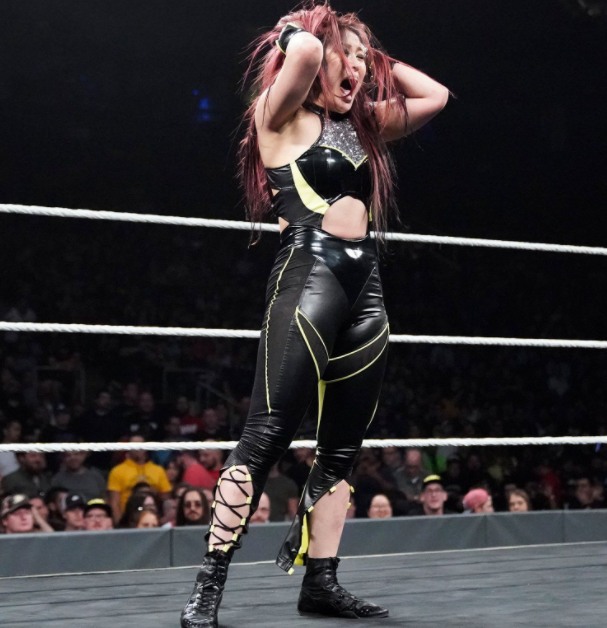 Shirai went for setting up the slingshot sunset bomb at the ground as soon as LeRae returned to the ring.

LeRae held the ropes and hit Shirai with a springboard crossbody. Io responded to the move by hitting with an Asai moonsault. Inside the ring, Io was battering her previous alliance.

Candice got hold of Shirai by a backstabber, and this slowed down Io from further going forward. Io continuously tried to get up, but she got hit by a massive clothesline from Candice.

LeRae received two counts for the backbreaker. Candice missed senton, and Shirai got a chance to stun Candice with her victory by rolling her into a double stomp. Both of them were fighting and struggling to get on their feet. Io took control of the match once again. Io was all set for the springboard missile dropkick after flapjack and 619.

Candice successfully countered, or it can be said as she believed she did an Over the Moonsault via powerbomb. Io went for hitting a knee strike,

The title was handed over to Candice by Johnny when the referee came back. The distraction gave a chance Candice to hit Io with the NXT Women’s Championship. LeRae was trying to move on the top, but Io got hold of her. Io retained her championship as the Over the Moonsault connected.

Result: Io Shirai is the winner.

In this match, the NXT Champion is going to fight for their own life. Balor was successful in slowing down the mat technician of the Undisputed Era by a headlock. Kyle managed to escape by setting up Finn for an armbar all of sudden. Kyle shifted his focus on Finn’s shoulders the same, which got severely hurt a few years back in his Universal Championship match. 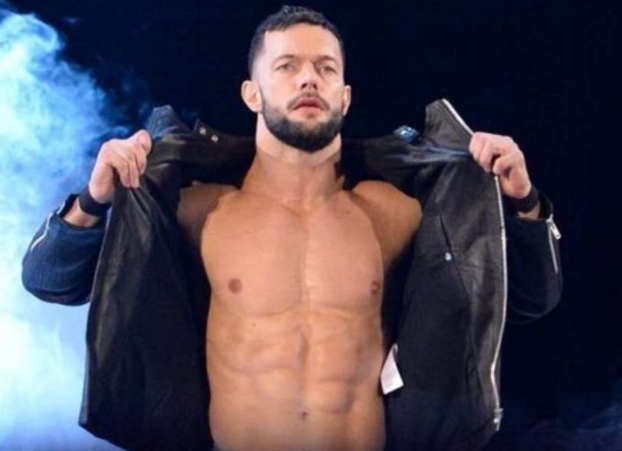 After a few minutes, Finn escaped from the hold of Kyle. Finn then tried to give the taste of his medicine to Kyle. After all, an injured arm would have weakened his original submission game, which was extremely dangerous. Finn looked for trading strikes with Kyle, which was the big mistake he committed at NXT TakeOver31.

Kyle hit Finn with a couple of intense knee strikes, elbows, and chops and ended beating him with a leg sweep.

Finn gets two counts. Kyle went for setting up the Regal Plex. Balor was successful in blocking it, but he got more punished at the ropes and got hit with stiff strikes in return.

As Kyle went to the mat, the match was about to be stopped by the referee. Finn utilized this time and hits Kyle and focused on his sternum. Balor hits the ribs of Kyle.

Kyle managed to escape after one more striking trade. He got hold of Finn in a guillotine. Kyle let Finn go to hit with a knee to the chest, followed by a brainbuster. However, all these moves were not sufficient to win the match.

Balor managed to get out of the cross arm breaker. Balor hits with a 1916 DDT, but Kyle kicked out. Kyle hanged up Finn in the ropes by using a dragon screw. Kyle went for weakening the knees more, and for this, he hits with a diving knee drop to Finn’s legs backside.

Kyle starts to bleed from his mouth. Finn went to the top of the rope but got hits with a German Suplex.

For finally ending the match and moving Kyle away, Finn hits with the Coup de Grace.

Result: Finn Balor is the winner.

NXT TakeOver31 was a great success and gave its fans the best experience watching it.

This is all about NXT TakeOver31 4th October 2020. Let us know about your favorite moments in the comment section below.